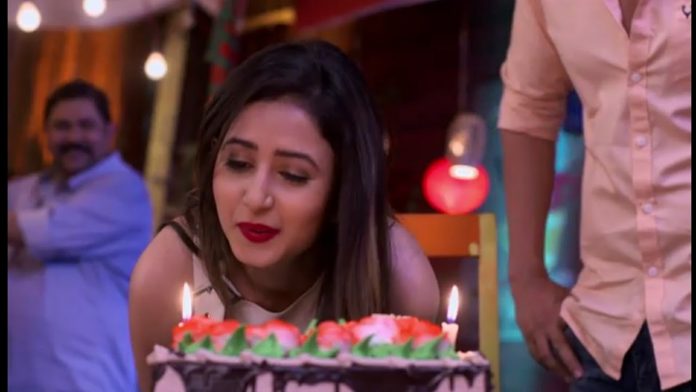 Avni gets Saisha’s letter. She gets scared and thinks Saisha is kidnapped. She thinks of the threatening letter and believes Dayavanti is behind the kidnapping. She wonders if Saisha could really leave with the film crew without meeting her once. Mitali shows her true side. She pays the goons and the fake woman who acts as Dayavanti. She feeds Dayavanti’s fear in Avni’s heart. She loves Neil and wants Avni to leave from his life. She is sure that Avni will leave Sukoon house and go very far from Neil again. She wants Neil to move on in life with her. She feels Neil’s family accepted her and just now Neil has to accept her. She wishes she wins Neil’s love.

Mitali’s plan fails as Avni also leaves for the same city as Neil, to search for Saisha. She tracks Saisha. Sunehri tells Avni that Saisha would be with KK. Avni fears that Saisha is in some big danger. Mitali hides her evil truth and reaches Neil’s house to influence his family. Shweta asks Mitali not to leave Neil and get in his life soon. She doesn’t want Mitali to delay things for long. Mitali also wants to propose Neil.

Avni asks Sunehri to call Neil and ask him about Saisha. Neil tells Sunehri that Saisha isn’t there with KK and crew. Avni gets worried and thinks Saisha is really in trouble. She assures everyone that she will get Saisha back. She leaves to find Saisha and tracks her. KK finds Saisha in his car. His car breaks down. They try to get any help. They get troubled by the goons. Neil looks for KK and tries to know about him. Saisha worries when the goons trouble her and KK. Avni gets angry when she meets an elderly woman Kamini. Avni’s car gets damaged. She demands the woman to apologize. Kamini throws the tantrums of a rich personality. Avni gives it back to her in her style.

KK goes missing. The entire crew looks for him. Goons try to trouble KK further. KK tries to negotiate. The goons make fun of the superstar KK. They want to kidnap KK for getting a big ransom. Saisha asks KK to seek help from his staff. The goons doesn’t let Saisha shout for help. Saisha’s phone falls down. Avni gets sure that Saisha is kidnapped. Neil looks for KK and reaches the same place as Avni. Neil and Avni come face to face after ten long years. 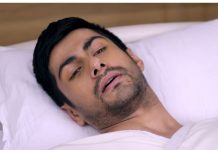