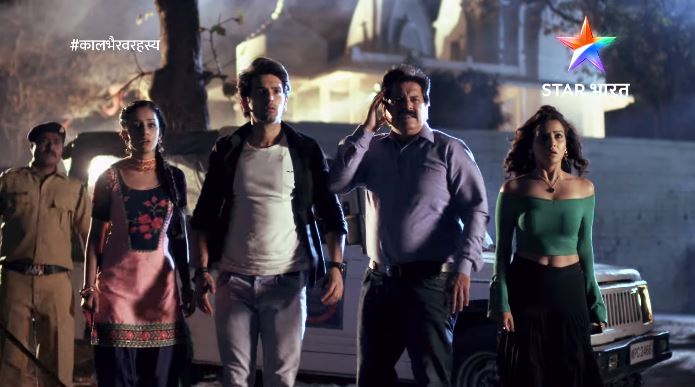 Rahul refuses to kill his people on Namrata’s command. Namrata asks him to kill the villagers. Rahul slaps Namrata. He scolds her for mocking love and playing such a bad game. He can’t believe she can stoop so low. He tells her that he knows her entire truth, her wicked side and crimes. He asks Namrata to have some shame and end this game of killing people for her greed. He reveals that Badri has helped him come out of her spell. He tells the villagers that Thakur is innocent, Namrata was behind the shivlings’ theft and murders in the temple. He tells Namrata that he hates her. She gets mad about him. He tells her that he will call Yashpal and get her arrested. He calls Yashpal. Seth ji sends his aides to help Namrata.

Seth ji informs Namrata that he will kill Rahul and everyone if she fails to find the shivlings for him. She asks Seth ji not to do anything to Rahul. Seth ji asks Namrata to hand over the shivlings to him soon, as the allotted time is passing off. Gauri, Thakur and Lakhan reach there to save Rahul and villagers from Seth ji’s aides. Namrata manages to run away. Rahul thanks Thakur for rescuing them. They together try to find the shivlings.

Thakur asks Lakhan to send villagers home. He asks Gauri to come with them. Pujari ji tells Gauri that Shivlings should go to temple, and Namrata and Gauri have to be with them to place the Shivlings in temple. Rahul fears for their lives. Preeti also believes that Shivlings’ powers have saved them. The villagers decide to support them in the search of Shivlings. Thakur expresses his annoyance towards Shakti Devi. He scolds Shakti for trying to kill him. Shakti wants to support him in finding the Shivlings. Shakti conspires to cheat the villagers. She doesn’t want Thakur to earn any name. She wants to kill Thakur and Lakhan and put the blame on Seth ji. She wants to get the credit of finding Shivlings, so that she becomes the temple head. Latika accompanies Rahul and Gauri. She assures her support. They spot Shambu and get hopeful to find some way. Shambu blesses Gauri knowing her true devotion.