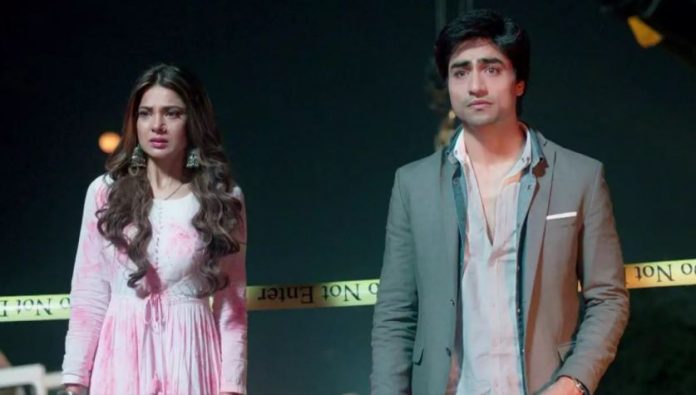 Zoya tries to know about Yash and Pooja’s accident. She learns Yash knew Pooja since a year. Her love and belief don’t get down. Aditya also learns Pooja’s love for Yash. He gets angered and vents out his hatred for Pooja and Yash on Zoya. Aditya saves Zoya from some men, who offer her lift assuming her to be a call girl. Zoya doesn’t learn their intentions and accepts the lift by arguing with Aditya. Aditya stops Zoya to lend her some wisdom. Zoya scolds him when she doesn’t understand how he helped her. Aditya tells her that the creepy men were about to ruin her dignity, and she should be grateful to him for saving her respect. He doesn’t let her fall in trouble. He tells Zoya that he isn’t so good to spare her life, and he isn’t too bad to take her life.

Aditya wants to see the pain in Zoya’s eyes. He wants to humiliate Zoya by giving her tough work tasks to complete on time. He finds ways to trouble Zoya in office. He tells Zoya that he has saved her from those men, not because he cares for her, but to become the only man who would ruin her life. He hurts her by his bitter words.

Zoya gets finding more about Yash and his friend circle. She tries to contact Yash’s college friend to know about Yash’s business and past. She doesn’t feel Yash cheated her by having a relationship with Pooja. She still wants to get to the root of the matter so that she can answer Aditya’s doubts. Aditya doesn’t have any belief in Zoya’s capabilities. Zoya finishes the work on time. Aditya gets surprised when he sees the arrangements done by Zoya. He asks Zoya to be ready to fail in the next event. Zoya gets helped by fate when she finds Yash’s friend in the function. She aims to learn the truth and end Aditya’s misunderstanding. How will Zoya lessen Aditya’s pain? Keep reading.