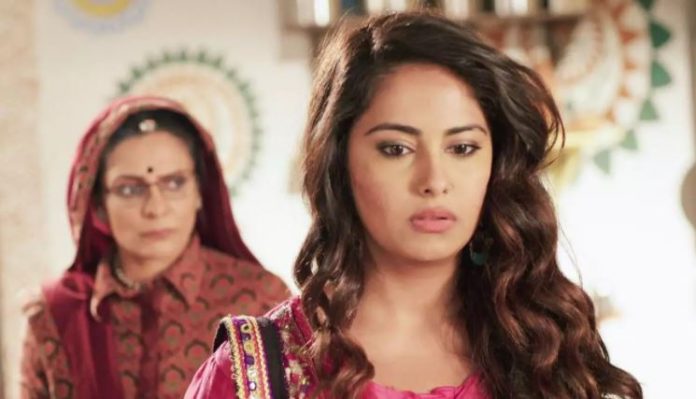 Shaurya confronts Anushka and asks her to tell who is she? Anushka tells him about her identity and tells him that she is a lawyer by profession. She tells him about Shagun and Amrish’s plan, but he doesn’t believe her. Kuldeep comes there and confirms to Shaurya that Anushka is saying right and she was trapped by Shagun and Amrish. He tells Anushka that he didn’t tell her about their plan fearing for his life else they would have killed him. He tells them that Shagun and Amrish tried to kill them in the planned accident. Anushka and Shaurya get a shock.

Anushka tells him that they can’t get Juhi’s property as she will prove her identity of a lawyer in court. She asks Kuldeep to help them and fight for his self esteem. She shares her plan with him. Kuldeep goes home and tells Shagun and Amrish that Anushka and Shaurya are dead.

Shagun rejoices that they will get Juhi’s property now, as all the thorns are cleared from her way. Dadi hears them and faints shockingly. Meanwhile, Anushka promises Shaurya that she will find Juhi anyhow. They come to meet Tai. Tai is threatened by Amrish’s goons not to tell anything to Anushka. Anushka asks Tai to help them find Juhi and asks where is she? Tai tells her that Juhi is staying in a village Veerpur in Haryana and that’s all she knows about her. Anushka gets shocked knowing Juhi is in Veerpur. She decides to go there. Shaurya accompanies Anushka to Veerpur to find Juhi.