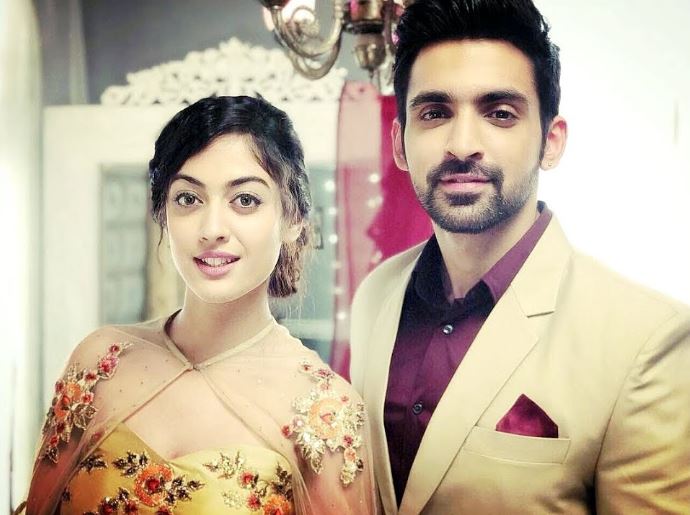 Meera and Vivaan reach the police station. Vivaan learns his mum was innocent, she was framed in the murder case. Meera proves that Pammi didn’t commit any murder. She scolds the inspector for the wrong investigation and wrong reports filed. She tears the reports. She asks the inspector to investigate the case again. Meera wants to fail Roma’s planning. Vivaan gets angry on the inspector for misleading them. He gets a clue from the constable. Vivaan realizes Pammi is innocent and Meera was right. Meera gets stuck on the road. She tries to move away the heavy bike. Vivaan reaches her to help. She acts estranged. He tries to talk to her.

Vivaan tries to apologize to Meera. He is equally angry on their argument. He wants to set things fine. Meera shows him attitude. She doesn’t listen to him. He gets more frustrated when his feelings don’t reach her heart. Meera separates their pictures from the picture frame. Vivaan ruins the room in anger. He asks her the reason for maintaining the distance.

Meera doesn’t answer him. Vivaan wants her attention again. The storm in their relation brings everything down. Vivaan tells her that he regrets to slap Meera. He feels guilty. He thinks Meera has been true always and he was wrong to misunderstand her. He didn’t think he will raise hand on Meera. Her silence hurts his heart. He asks her to scold him and vent out his anger. She doesn’t agree to patch up. He hurts his hand by hitting the mirror. Meera then stops him from hurting himself. She doesn’t want Vivaan to shed his blood. She does the aid to his hand. She tells him that he had hurt her a lot, but this doesn’t mean that he hurts himself. Vivaan apologizes to him. Meera forgives him. She cares for Vivaan when he sleeps. Meera and Vivaan have a romantic moment. Roma fails to drift them apart.