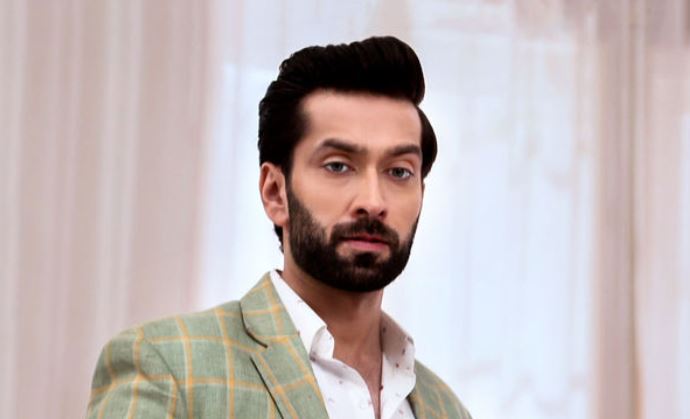 Oberoi bahus manage the kitchen with the lady. Anika and Gauri gets good cooking tips from her. They get training from the lady. The lady teaches them how to make sweets in few minutes when some guests come home witout informing. Anika and Gauri learn the delicious sweet dish. Bhavya feels cornered, knowing Anika and Gauri are sisters. She thinks they are no more relating to her.

Anika and Gauri don’t intend to hurt Bhavya’s heart. Bhavya feels neglected by them. She recollects the time when they together had fun in kitchen. Bhavya misses her sister and family. She sheds tears. She wishes the best for Anika and Gauri, as they met after many years. Bhavya feels lonely. The lady makes everyone happy by her sweet charm. She suggests them to cook well and impress their husbands. The lady gets leaving from the house. Khanna stops her from leaving. He tells her that Shivay didn’t agree to him before, but now he will expose her.

Dadi comes home and realizes that someone is living with the family, by a fake identity. She tells everyone that the old lady isn’t her friend. Everyone gets doubting on the old lady. Khanna has accused her to be a thief before. They were thinking if the old lady wanted to loot them. The lady speaks up when Shivay demands an answer. Shivay gets much angry and takes a decision. Dadi and Shivay ask the lady about her real motives to enter their house.

The lady reveals the reason, which turns everyone emotional. There is much emotional drama going on. Shivay summons the lady’s son and daughter-in-law. He gets angry on the couple, who didn’t value their elders. Dadi’s fake friend who had been living in Oberoi mansion by lying to everyone, speaks out the real motive. She tells Shivay that she is much tortured by her son and daughter-in-law, she was helpless to leave the house and find another shelter.

Shivay confronts the guy for abandoning his mum at an age when she needs him the most. He counts the sacrifices a mother makes for a child. He asks the guy is it fair enough to disrespect a mother. The guy apologizes to his mum and tells them that he has learnt his mum’s value. Even the daughter-in-law feels sorry to torture the lady before. The lady’s son and bahu get mistaken that she has relations with Oberois, who are really rich. They get greedy and ask her to come back home with them.

The lady understands their greedy intentions. She refuses to go with them. She tells them that Oberois are not her relatives, she lied to live with them. Shivay reminds the guy what’s the real duties of a son. He asks the guy to answer them, why did he torture his mum for money. The lady finds Oberois a genuinely happy and loving family. She feels proud of Shivay.

Shivay reprimands the guy and his wife. He scolds them for shaming relations. He tells them that he would have insulted them publicly if their mum didn’t stop him. He asks them to remember the importance of a mother in life, that no one can take her place. He asks the guy does he know the meaning of a mother or not, when a mother has raised him and made him capable of doing everything, how can he forget her sacrifices and abandon her in old age.

He tells the guy that its his duty to take care of his mum. He decides to fund an old age home to shelter such abandoned parents. Shivay realizes there are many such people who need help. Shivay throws out the lady’s son and daughter-in-law from Oberoi mansion. He assures the lady that he will always support her. He makes his family proud. Shivay sets a new example for them. The lady gets much love from Oberois. She feels it was destiny which made her meet Oberois.