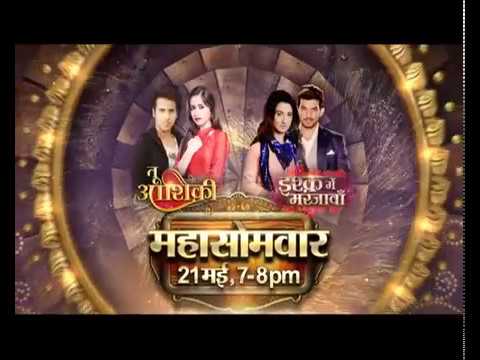 Ahaan and Pankti get a new friend in Reyansh. They have no idea that Reyansh is actually their enemy, who is targeting them deliberately for revenge. Ahaan and Pankti face troubles when Ahaan gets attacked during the big concert again. Aarohi gets happy to find Deep alive. She regrets to shoot Deep. Tara is sure to use Deep in her favor. Tara wants Aarohi and Deep to turn enemies. Aarohi wishes Deep still becomes her shield. Tara wants to punish Aarohi for all the problems in her life. She gets back in Aarohi’s life to ruin her down. She starts the henious murders again. Aarohi falls in trouble when Deep also withdraws support.

Poorva learns about Anita’s move to snatch money from Monty for approvin their relation. She opposes Anita. She returns the money to Monty and tells him that she belongs to him by heart now, and he doesn’t need to make any deal with Anita now.

Reyansh wins Ahaan’s trust. He gets hidden from Pankti after making an attack on Ahaan. He goes far from Pankti and reaches his room. He is the masked guy troubling Ahaan and Pankti. Reyansh reveals his true identity and also his hidden motives. Ahaan thinks Reyansh has saved Pankti’s life. He thanks Reyansh. Ahaan and Pankti prepare to leave for Mumbai. Pankti reaches home and learns Anita’s doings. She tells her decision that she would be living with Ahaan at his house from now on. Pankti and Poorva don’t find Anita deserving their love. Reyansh is actually JD in disguise. JD targets Pankti again. He wants to separate Ahaan and Pankti by any way possible.