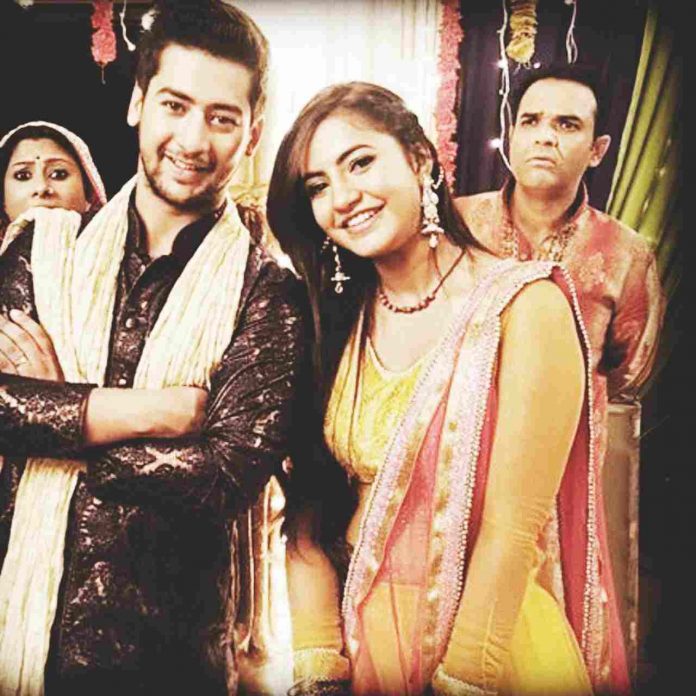 Suraj and Vivaan have an argument about Imli. Vivaan is sure that Imli is around him. He tastes the food cooked by Imli. He gets panicking and vomits out the food. He tells Suraj that the food is prepared by Imli, and he can’t be wrong about this. Suraj gets angry on him. Suraj feels the need to turn Vivaan normal. He doesn’t want Vivaan to hurt his family members in madness. He tells Chakor that they have to turn Vivaan normal, else it will be big problem for them. Suraj doesn’t think wise like Chakor. Chakor gets some old things to remind Vivaan his old life. She wants Vivaan to recover his good memories. Vivaan looks for Imli in the haveli, being sure that she is present around him.

Saanvi’s life falls in danger. Vivaan was the target of Imli. She plans to make the ceiling fan fall over Vivaan, while he sleeps. Vivaan takes Saanvi from Chakor and rests her on the bed. He gets busy in work. The ceiling fan shakes up. Vivaan gets alert and runs to save Saanvi. He saves Saanvi in a moment. Vivaan and Saanvi get secured from Imli’s planning. Chakor feels its done by Imli, while Suraj regards it just an accident. Chakor worries for Saanvi’s life.

Suraj asks her not to revive her fears again. Chakor is sure that the accident is someone’s plotting to kill Saanvi. Chakor thanks Vivaan for saving Saanvi’s life in time. Vivaan gets bit hurt. Suraj realizes Vivaan isn’t a threat for Saanvi. Chakor tells Suraj that Vivaan can never hurt Saanvi. The electrician is called at the haveli to repair the fan. The man tells them that the fan is too old and that’s why it fell down, but now it won’t be a problem. Chakor asks the man to take away the fan and not fix it back. She wants to end her fears. Suraj feels her fears are baseless. Suraj and Chakor have an argument. Vivaan feels the attack was on him. Suraj questions Chakor’s weak decisions and jokes on her. Chakor asks Suraj to understand the plotting, someone tried to hurt either Vivaan or Saanvi. Vivaan agrees with Chakor. He decides to stay alert from his hidden enemies.

Imli has planned the accident to kill Vivaan. She feels Vivaan is dangerous for her. She wants to end his game and also the threat on her. She wants Vivaan to die and leave from her life. She wants to turn Saanvi into a bandhua. She feels Vivaan is failing all her plans and becoming big hurdle for her. She gets raging when she sees Vivaan joining Suraj and Chakor again. She doesn’t want Vivaan to protect Saanvi all the time. She finds chances to take Saanvi with her and force the bandhua stamp on her hand. Chakor gets the stamp left by Imli, and feels threatened by upcoming problems.