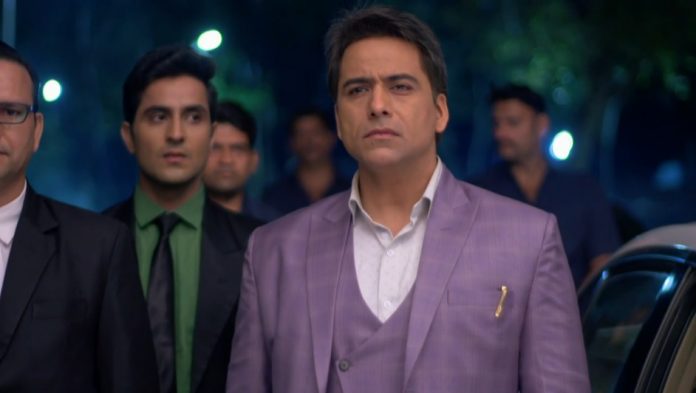 Kartik and Naira meet each other at the apartment. They realize they have turned into neighbors and have a common friend Kritika too. Kritika tells them about their earlier hit and miss situation. Kartik realizes he has taken Naira’s towel. He clears out to her that he isn’t following her. She tells him that she is well aware of the fact that this is just a coincidence, as he had not come on her numerous call attempts. They have an argument. Naksh gets upset finding Kirti reading an article on babies. She tells him that she is reading an article where her name is mentioned. He gets glad for the news that she got a big chance to participate in designer competition. He tells her that he will give her a treat. Kirti wishes to have a child, but fails to express her wishes to Naksh.

Kartik and Naira decide to not tell their parents about meeting each other. Naira doesn’t want Naitik to get hurt. Kartik fears of giving a shock to Suwarna. Dadi calls Goenkas at the haveli. Surekha gets into an argument with Suwarna and blames her for ruining the house peace. Suwarna tells them that Surekha always finds her faults. She doesn’t care for anyone in the family. Surekha turns upset as she has lost her personal life completely by Suwarna’s dominance. Naira thinks of Kartik and makes kachoris. Kartik gets restless on getting the essence of kachoris via the window. Manish finds a letter related to Kartik’s college and hides it from Suwarna. He lies to Suwarna about the college. He feels sorry. He thinks he is doing right to bring Kartik and Naira closer.

Naira forgets her college ID at home and leaves for college. She doesn’t want anything to change in her life. Naitik goes to welcome the new member of the society. Naira worries and doesn’t want Naitik to welcome Kartik. She stops Naitik from meeting Kartik. Everyone welcomes Kartik in the society. Kartik gets troubled by everyone’s questions. Kritika takes the kachoris for Kartik. She tells him that Naira has prepared the kachoris. Kartik avoids the kachoris and neighbors. He assumes that Naira wants him to get late for the college. He rushes to the college and wants to be first.

Suwarna gets flowers from Suwarna and Naksh for her success. She gets glad on reading a sweet note from Naksh. She wishes Naksh understands her. Kartik and Naira wait for hiring a cab. They fight for the same cab. Naira doesn’t want him to make her out of the class for coming late. Kartik asks her to talk to his face. They both lose the cab in fight and gain a loss. Naitik misses to see Kartik. He rushes to give the ID card to Naira. Naitik will be seeing Kartik in Naira’s college.