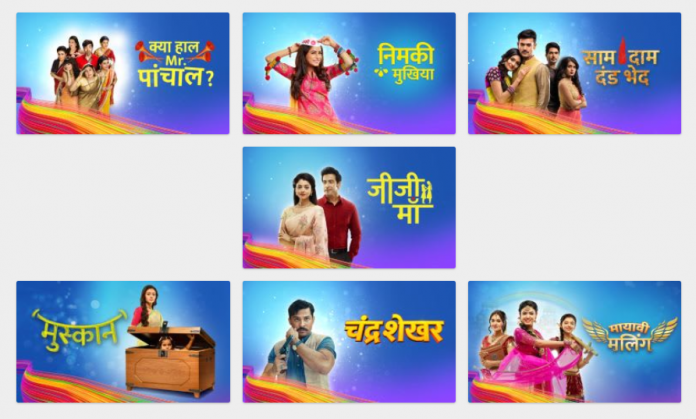 Muskaan:
Aarti turns too depressed to take Muskaan with her. She can’t believe that Muskaan got expelled because of her truth. She wanted the school authorities to judge Muskaan by her talents. Aarti lies to Muskaan and takes her home. She asks Muskaan not to meet anyone at home. Muskaan wants to meet Tabassum and Aarti’s sisters. Aarti tries hard to make her stay arrangements, but faces difficulty. Tabassum wants Aarti to prepare for the dance performance soon. Aarti gets stuck. She then hides Muskaan in a huge box and asks her not to come out. She lies that they are playing a hide and seek game. Rakhi gets suspicious about Aarti, when she finds the huge box in Aarti’s room.

Mayavi Maling:
Pranali attempts to free Haran from the prison, but he refuses to escape. He wants to stay in the prison and bear the punishment. He feels bad that she cheated him. He doesn’t trust her. Pranali heads back for the marriage preparations. She gets ready in the bridal attire. Mandhari informs Angad about Pranali’s move to meet Haran in the prison and helping him escape. She tells him that Pranali has concern for Haran, which maybe wrong, Pranali may run away from the marriage. Angad turns angry knowing this. He meets Pranali and confronts her about her visit to the prison. Pranali turns speechless.

Later on, Pranali and Angad’s marriage rituals begin. Angad revives Trishanku by his powers. Trishanku attends the marriage and blesses the couple post the marriage rituals completion. It becomes a big moment for Maling Rajya when Princess Pranali gets married to Mahapuram Prince Angad. Maharaj Shil Aditya finds something wrong about Trishanku, but doesn’t figure it out. Angad tries to conceal his evil powers from everyone.

Jiji Maa:
Falguni tells Suyash about the surprise she has for him. Suyash tells her that he has had enough from her, and he is still dealing with the shocks she has given him. He doesn’t want any surprise from her. Falguni is sure that her surprise will make everything fine in the family. She manages to bring Gayatri back. She has rescued Gayatri from Balwant’s clutches. Gayatri comes back in the family and brings happiness. Suyash gets delighted on meeting her. She tells him that Falguni has made this possible. She makes him realize Falguni’s goodness.

Suyash apologizes to Falguni for his rude behavior. He doesn’t want to hurt Falguni’s heart further. Uttara gets a shock with Gayatri’s return. She tries to keep Jayant and Gayatri away. She doesn’t want Gayatri to break the truth to Jayant, which can bring them together again. Uttara fears for her future when Falguni fails her at every step. Balwant tells Falguni that he hasn’t told Uttara that she is Lazer. She plans something new to trouble Uttara. 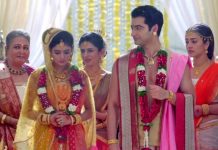 Mayavi Maling: Pranali to rescue Angad from his demonic wife 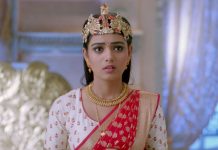 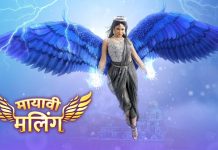