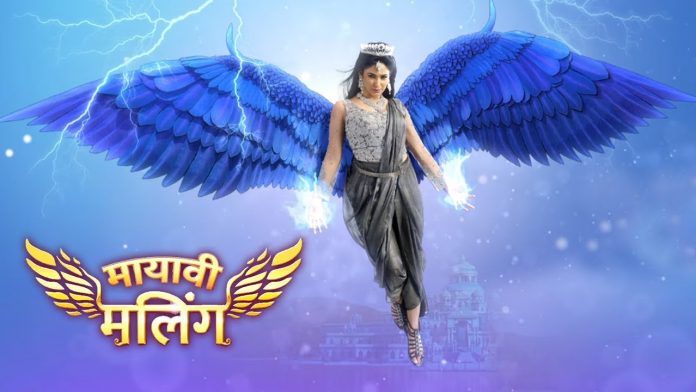 Angad tells Maharaj Shil Aditya that Lord should punish Madhumali. Madhumali’s verdict is awaited by everyone. She gets angry that her son Angad cheated her. She criticizes him for his wrong move. Garima tells the family that Angad is wrong, he is evil, he has stained Pranali’s character and also asked them to punish his mother. The family believes Angad is not at fault, as he was under the influence of black magic of Madhumali. Maharaj Shil Aditya gets to hear mixed opinions about Angad. He wants to delay the decision, as he can’t judge Angad so soon. He doesn’t want to take any big risk for Maling by accepting Angad. Pranali refuses to marry Angad. She doesn’t believe Angad. He feels Angad is plotting something. Angad reaches them and clarifies their doubts.

He tells them that he wants to leave from Maling. He gives them good wishes for the future. Adhivanth apologizes to Angad for not believing him because of Madhumali. He feels sorry to humiliate Angad in front of the Rajya Sabha. He asks Angad to punish him. Angad continues the drama and forgives Adhivanth. He tells Adhivanth that Madhumali has done wrong with them and they have sadly lost Arak. Adhivanth reveals to Angad that Arak is alive, this death was faked. Angad gets angry that his brothers failed him. He expresses his happiness on getting Arak back. Eshwarya and Garima spy on Angad to know his real intentions.

Angad meets Madhumali in the prison and apologizes to her. He tells her that he will not support her now. He accuses her and wins Eshwarya and Garima’s trust. Angad tells her that he is not a Daanav vanshi, its just her fault and greed for power. Madhumali scolds him for dreaming for Maling throne and sacrificing her. He tells her that he isn’t evil like her. Madhumali gets punished by Lord. Maharaj Shil Aditya tells them that Madhumali will be taking a Jal Samadhi in the Maling Lake. Madhumali is put in the lake. She doesn’t make an apology. She screams in pain when the water burns her. Everyone prays for Madhumali’s soul peace. Angad witnesses Madhumali’s death. Garima stops Angad and asks him to prove to everyone that he is not a Daanav Vanshi. She doesn’t want to risk Pranali’s life. Angad gets ready for the big test. Angad steps in the Maling lake and emerges out unharmed. He proves that he isn’t a Daanav vanshi and wins Maharaj Shil Aditya’s trust.