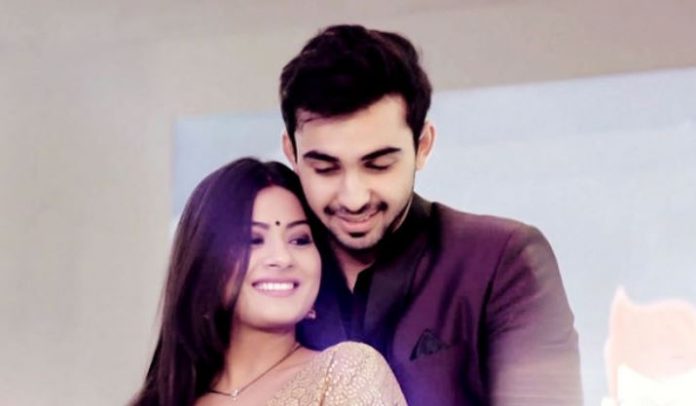 Raman tells his parents that he wants to provide financial security to Roshni, so he decided to give some company shares to the child and Roshni. He tells them that Ishita will be more convinced that they care for Roshni. Raman wants to get Roshni home and is ready to do anything. He says once we name some shares, Ishita and Roshni will be sure of our intentions. He decides to give majority of shares to Roshni’s child. They discuss about getting the majority shares of the company. Raman tells them that its their other venture, Romi is the prime partner in that company. He says Romi holds 30% shares of the company, he has started it some years back, I m holding 70% shares, but I want Romi’s consent too to give 51% shares to Roshni. Raman feels its too easy to convince Romi. He takes the permission from his parents and gets the lawyer to arrange the legal documents.

He thinks the problems will get solved soon. He calls up Romi and hands over the papers to him. Romi gets moved checking the papers. He asks the reason for the sudden decision. Raman tells him that they want to give financial security to Adi’s child, so that Roshni comes home happily. Romi tells Raman that he doesn’t want to sign, he has some reason, he can’t provide any financial security to Adi’s child. Raman asks why, Adi’s child is our family heir. Romi tells Raman that he needs the company papers for his motive, he is buying his own house and needs the papers for guarantee. They ask Romi why is he not thinking for Adi’s child. Romi opposes Raman’s decision. He argues with Raman and their parents. He asks them not to get mad for Adi’s child.

He wants the family to think of those who are alive, who want their attention, who need their moral support. He tells them that he is fed up of Roshni and Adi, he wants his own house. He blames Raman for just thinking for his children and grandchild. He asks Raman does he not care for his house. Mr. Bhalla says once we get Roshni home, we will think for your house too. Romi asks Raman what’s his value in their lives, its enough that they are running after the child. Romi doesn’t sign the papers and goes. Raman stays worried.

Aaliya gets a solution for Raman’s problem. She tells Raman about the small venture Adi gifted her at the time of marriage. She offers the company shares to Roshni’s child. She says its actually Adi’s shares, Adi was leaving me for Roshni, I have no right on the shares, Roshni and her child have right on the shares. Raman tells her that she has all the rights on Bhalla family and properties. Raman refuses to accept the shares. She explains him and convinces him to take the shares to fulfill his aim of providing financial security to Adi’s child. Raman feels proud of her and hugs. He thanks her for solving the fights in the family. Aaliya sacrifices her financial freedom and security for the sake of Adi’s child. Raman hopes everything gets fine since Aaliya has accepted Roshni and the child.