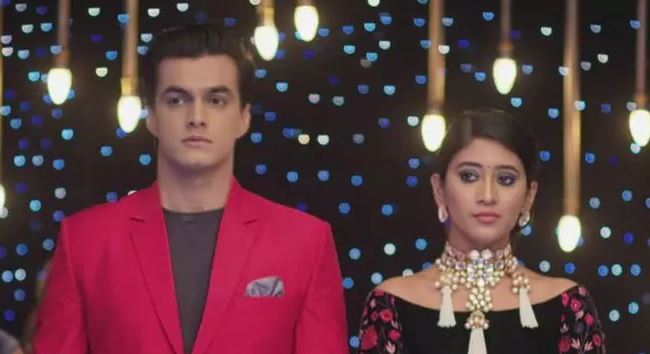 Kartik learns about Naitik’s ill state and regrets for his mistakes. He feels guilty and thinks Naitik got a shock because of him. He regrets to do wrong with Naira by judging her wrong. Naira takes care of Naitik. She tells him that she won’t go college for some days till he recovers. Kartik sees them together. He doesn’t disturb them. Naitik asks Naira to attend college and look after herself. She tells him that her focus is just on studies. Kartik sends lemonade for Naitik. Naira asks Naitik to have it, and assumes the doctor has sent it. Kartik cares for Naitik in his own ways, by keeping his concern under wraps. Suwarna and Surekha’s clashes continue at home. Everyone worries for Dadi when she doesn’t inform anyone and leaves for some place unexpectedly. Surekha blames Suwarna for upsetting Dadi and making her leave the house by her madness.

She asks Suwarna to realize her mistake. She tells everyone that Suwarna’s behavior has made Dadi leave the house. Kartik meets Naira and asks her to attend the class. He reveals that he learnt about her genuine problem. She doesn’t want him to amend the rules for her sake. She accepts her mistake. She doesn’t want to attend the class. Kartik finds her egoistic. Dean plans the trustee’s meet on the fresher’s party day so that the staff gets free to have a long discussion. The students make plans for the freshers’ party. Kunal refuses to dance with Naira and tells everyone that Naira is not supportive of seniors. Tanvi tells them that have to agree to whatever everyone decides. Kunal agrees for the dance. Kartik gets to hear them, and thinks of attending the party. He doesn’t hear Naira’s refusal. Kunal gets angry when Naira refuses to dance with him. He takes it on his ego.

He challenges Naira that he won’t spare her. Kartik gets started with the class and finds the dance performers list. He finds Naira and Kunal paired. Naira recalls her dance academy days when she sees the dancers. She brushes off the past which gave her so much pain. Kunal finds Naira upset and goes to talk to her. He then checks Kartik’s message on her phone. He learns that Naira is married. He thinks to blackmail her by her secret and convince her for the dance. Kartik finds them together and misunderstands. He turns jealous and gets into a funny conversation with the Dean. Naira talks to Kirti on video call. She tells about her friendly professors.

Kirti gets to see Kartik there and gets happy. Naira doesn’t tell her about Kartik, but Kirti understands that they have met and Naira is avoiding the talk. Kirti learns about the freshers’ party. Kirti wishes that Kartik and Naira get back together. Suwarna informs the family about Dadi’s message. They get relieved that Dadi is fine. Dadi doesn’t want to tell them about her whereabouts. Surekha objects on Dadi’s behavior. Dean tells Kartik about the freshers’ party. Kunal asks Naira to decide their song and theme. Kartik sees Kunal bothering Naira. He then tells the Dean that he will attend the party and control the students.

Kunal and Tushar have an arm wrestling competition. Kunal gets taunting Kartik indirectly. He makes fun of Kartik and gets his attention. Kartik challenges Kunal for the arm wrestling competition. The students cheer for them. Kartik and Kunal wrestle. Kartik wins the match and makes Naira glad. Naira then controls her excitement. Naira refuses to dance with Kunal. He tells her that he will tell everyone that she is married. Kartik attends the party to fail Kunal’s plans.