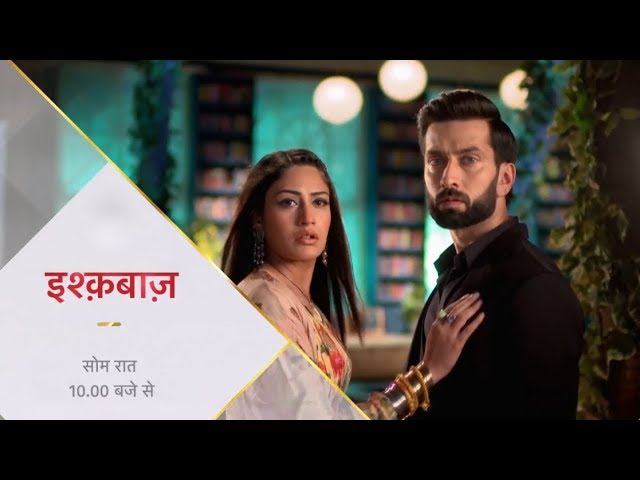 Anika faces taunts by her aunt. She loses her cool and throws the hot oil to scare her aunt. Aunt tells her that she will tell everyone that Anika’s mum is someone’s mistress. Anika doesn’t want to tolerate anything further. At Oberoi mansion, Dadi emotionally blackmails Shivay for marrying Tia. Tia tells Shivay that its time they should turn their friendship into love. She tells him that she wants to become his support and a good life partner. She says I know I m just a friend for you, but you are more than a friend for me, I m sure you will love me after our marriage. She takes Dadi’s help to convince Shivay. He finally agrees. Dadi is happy that Shivay agreed to marry Tia and move on, on her command.

Shivay and Tia are getting married. They both reach the temple with their family members and guards. Shivay rushes in and doesn’t follow the queue. Shivay goes to pray inside the temple, while Anika reaches there with her boyfriend Nikhil.

Shivay’s guards move away the crowd and make way for Shivay and Tia. Anika sees the guards making the ordinary people away. Anika doesn’t like this and speaks up. She tells Nikhil that this isn’t right, how can anyone be a VIP in temple, VIP can’t enter the temple first, everyone is same for the Lord, how can people be stopped when there are standing in the queue since long. Nikhil asks her not to say anything, since he knows the rich businessman Shivay Singh Oberoi. He neutralizes her words.

By the time Anika’s turn comes, Shivay finishes deity’s worship. Tia and Nikhil collide at the stairs. Shivay and Anika have a hit and miss. They feel something and stop at the stairs. Till they turn, they get out of sight. The moment gets created since the universe are trying to bring them together. Nikhil asks Anika to come fast, else they will get more late.

Pandit gets to learn the matter and tells Anika that he can’t stop Shivay, as he is the VIP who makes donations to the temple. Shivay and Anika are at the same place. Shivay overhears her and turns to see. He doesn’t see or meet her. He doesn’t know who is Anika. Shivay doesn’t meet Anika and leaves from the temple. The lovers have to prove that they will meet under any circumstances since the universe conspires to unite true soul mates. Everyone’s looks and characters are different this time. The new love story of Ishqbaaz will be seen. Will Shivay and Anika meet? Keep reading.