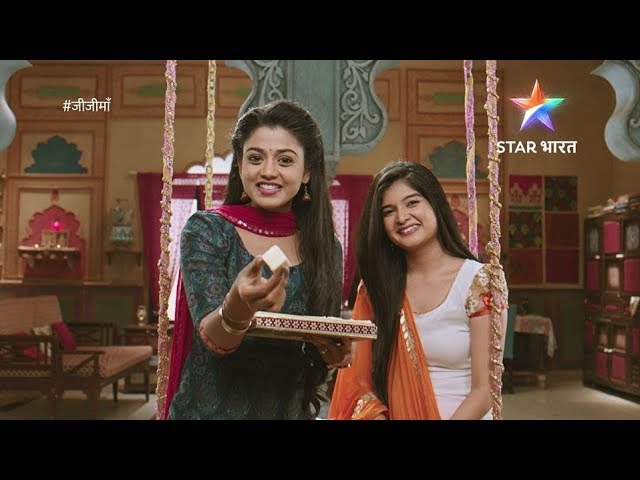 Falguni gets happy to see many delicacies set on the dining table. Uttara fools her by mentioning about her fast and makes Falguni leave the food. Falguni tells Uttara that she loves her a lot and will keep the fast for her. Uttara tells Niyati that she will harm Falguni by pretending love, which won’t look bad to anyone. Niyati gets worried for Falguni’s health. Niyati wants to feed Falguni by some way. She leaves clues and plays a game with Falguni, which makes the latter spot a bowl of noodles.

Falguni gets tempted for having it, but doesn’t eat. Niyati then brings food for Uttara. Uttara persuades Falguni into dumping the food. Falguni expresses her hatred for Niyati, which shatters her heart. Vidhaan finds Niyati crying and consoles her. He gives her hope that everything will get fine, Falguni will recover soon. Niyati misses her Jiji Maa and determines to become Falguni’s Jiji Maa to protect her.

Uttara pampers Falguni with fake love and falls in trouble. She does make up to Falguni and decks her up. Falguni tells everyone that she looks lovely just because of Uttara, she has applied her the makeup. She gets bored and asks Vidhaan to play with her. Vidhaan asks her to play tongue twister game, but its tough. Falguni plays with him. She asks Uttara to play with them. Uttara applies the glue lipstick by mistake which she planned for Falguni. She gets tight lipped because of her own fault. Suyash asks Uttara is she annoyed with Falguni, why is she not talking to her. Niyati has installed the hidden cameras in her room. Niyati has swapped the glue lipstick so that Uttara’s plans fail. Niyati tells Uttara that she can’t harm Falguni now, she is also a caring sister for Falguni and won’t let Uttara win. She warns Uttara against her dirty tactics. Falguni gets scared of Suyash and avoids him. Suyash turns more caring towards her.