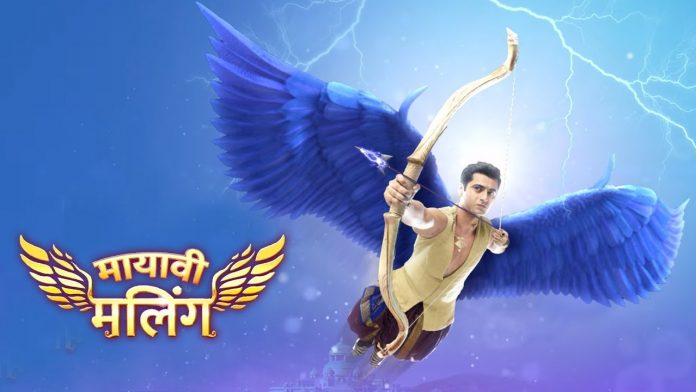 Angad confronts Shil Aditya for compelling Pranali to choose between Maling and Mahapuram. He tells her that Mahapuram is also Pranali’s home now. Shil Aditya asks him to stay back and understand the situation. Angad tells him that he wants to leave, as he has to take up the duties of Mahapuram Rajya. On the other hand, Haran teaches Eshwarya and Garima on Shil Aditya’s orders. He makes them skilled in self defense. Chegu reaches there and surprises Eshwarya. He likes her new avatar of a skilled warrior. Angad gets angry seeing Haran winning the praise by the princesses. He feels like an outsider in Maling. Angad meets Madhumali and tells her that he has decided to leave for Mahapuram. He asks her to leave and not get in Pranali’s sight.

She gets surprised seeing the throne and the secret passage. He tells her that he wants her to have all the rights. They learn that Angad is returning to Mahapuram. Pranali attempts to stop him. Angad plays with her feelings knowing she is longing for his love. Angad leaves with his brothers. Pranali orders the soldiers to stop Angad from leaving Maling Rajya. She commands Angad not to leave. Angad threatens to kill the soldiers. Pranali reaches Angad and stops him by using the Queen’s authority. She locks up Angad in their room. Angad gets deeply hurt by her misbehavior. Madhumali didn’t expect Pranali to take such a step.