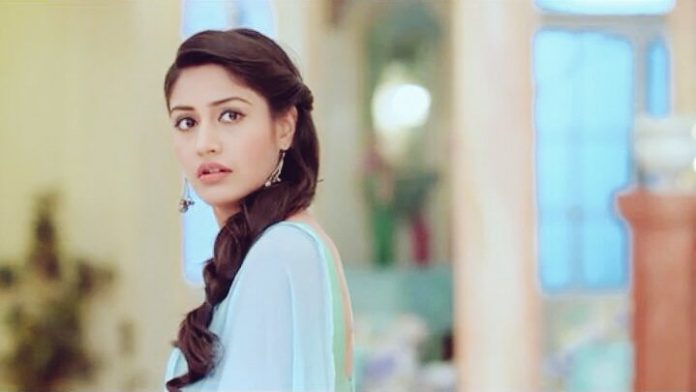 Priyanka insists Shivay and Dadi to get Anika back, as Anika is like an angel. She says I feel safe when Anika is around. Shivay promises to get Anika back. Anika doesn’t want Daksh and Priyanka to get married. Shivay doesn’t listen to her and makes her leave the house. Anika and Gauri pack their bags. Anika leaves from the outhouse. She goes to her locality and starts her dosa stall again. She prepares dosa and serves the customer to earn a living. Priyanka sends Shivay to call Anika back. Shivay goes to get Anika. He sees her food stall and her daily struggles to make a living. He feels bad for Anika. He thinks he can believe Anika, as she seems true. Anika runs to serve the dosa and gets troubled.

Anika’s slipper breaks and she stumbles. She gets hurt. She fights back and continues to be strong. Shivay witnesses everything. Anika really cares for Priyanka. She goes back home with Shivay. Priyanka asks Anika to stay with her in the house. Anika decides to convince Shivay about her truth. She wants to expose Daksh and save Priyanka.

Anika’s efficiency impresses everyone. Anika tells Shivay that she has self-esteem, which is her real asset. Shivay’s heart melts seeing her struggles. Anika sticks to bring out the truth, as she believes there is nothing important without truth and honesty. She wants to be honest towards Oberois. She will prove her word true. Shivay asks Priyanka to give a phone to Anika, as its important for her job. Priyanka asks him to give it to Anika himself. Shivay gifts a mobile to Anika, since he has broken her phone at the hospital. He thanks Anika for saving Priyanka from choking. Shivay turns caring towards Anika. Priyanka goes ahead with the wedding. The family doesn’t believe Anika. Anika surely hopes to stop the wedding.