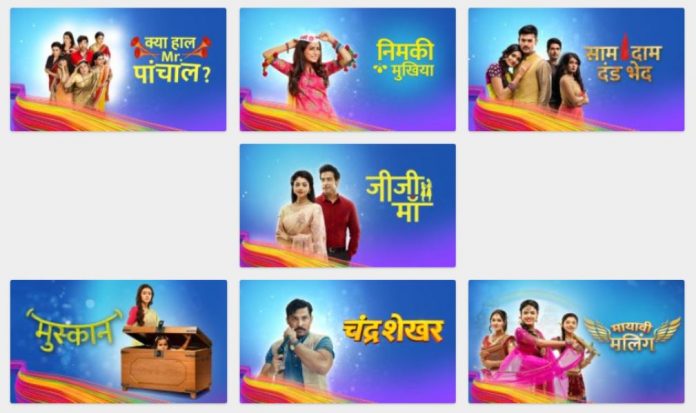 Jiji Maa: Uttara gets trapped when the puppet show artist signs towards her on Suyash’s questioning. She gets saved by misleading everyone about Shom. She tells them that Shom has told the bad incident to that man and this had led to Falguni’s bad state. She tells Niyati that Suyash will always believe her. She asks Shom to manage everything. Shom gets paid by her. Niyati threatens Uttara. Uttara shows her who is the master of the game. She tells Niyati that she will not lose so soon, the family believes her and none can stop her, she has attempted many times to harm Falguni, she has planned everything to trouble Falguni. She doesn’t get scared of Niyati and asks her to get lost. Suyash recalls his moment with Falguni, when she hugs him. She tells him that she doesn’t want any more injections. He tells her that he will save her from all problems.

Niyati feels sorry that she couldn’t keep her promise and take care of Falguni. Falguni runs back to Uttara and asks her never to leave her. Uttara cries and emotionally blackmails Falguni. She expresses her worries about Falguni. She tells her that she would have gone away from everyone if she was in her place.

She tells Falguni that she wants to be with her all the time and protect her. Falguni gets influenced by Uttara. She packs her bags and leaves from the house, by hiding from everyone. Uttara sees Falguni leaving. She thinks this will be a big shock for Niyati to know that her Jiji Maa has run away. Niyati misses to see Falguni. She finds Falguni missing and wakes up everyone to know about her. Suyash gets worried for Falguni. Uttara acts ignorant about the matter. She shows her true face to Niyati. Niyati tells her that if anything happens to Falguni, she will expose Uttara’s misdeeds in front of everyone. Niyati scolds Uttara for falling so low and risking Falguni’s life. Falguni unknowingly reaches her old home and recollects her time with Niyati. She falls in trouble and gets kidnapped. Suyash and Niyati look for her.

Kartik and Naira meet their families after a long time. Lav and Kush meet Naira and tell her that they were too excited to meet her after a long time. They gift her an old collage and remind them their memories of Kartik’s birthday, when Shubham died. Kartik and Naira’s bad memories also awaken with the gift. They feel the same sorrow again. Naira’s family blesses Kartik, while Goenkas bless Naira. Both the families get hopeful of Kaira’s union. Suwarna completes the tough rituals and prays for Kartik. She wishes that Kartik forgets Naira forever. She thinks of going Mumbai and surprising Kartik. She gets busy in a Maha Pariknama. She delays her trip.

Priyanka gets unwell after choking. She has the same heart weakness like Shivay. Anika reaches Priyanka on time and saves her life once again. Shivay gets a huge shock on finding Priyanka unconscious. He calls the doctor for Priyanka’s treatment. The doctor tells her that Priyanka got saved on time, else choking could have been dangerous. Priyanka tells Shivay that Anika is like an angel for her, who makes her feel safe and secure. He worries for Priyanka. He asks her to take rest. Priyanka tells him that Anika saved her life once again and now she won’t let Anika leave. He agrees to stop Anika from leaving for Priyanka’s sake. Gauri asks Anika why are they leaving so soon. Anika tells her that they lost the roof and now they have to make the move.

Pranali and Garima question Angad on his absence. Pranali sends Garima, on seeing Angad getting upset. Eshwarya gets decked up to meet Chegu, while her mum thinks she is going to meet Adhivanth. Eshwarya thanks her for approving her choice. Her mum assures that she will talk to Shil Aditya soon. She asks Eshwarya to wait for her lover. Eshwarya tells her that she will just rush and meet him. She promises of not forgetting Maling’s pride. Angad tells Pranali to feel proud to get such a husband, who is more like her slave. She tells him that she lost the potion. He denies to know anything about it. Angad breaks their romantic moment and troubles her. Eshwarya runs to meet Chegu. She realizes that she dropped her earring on the way. Dharani gets the earring and looks for her. Eshwarya realizes her love for Chegu.

Kullfi Kumarr Bajewala:
Kulfi gets depressed when Sikandar shouts on her. She leaves Sikandar’s house. Sikandar pleads her to be with him, as he is her Guru. Kulfi gets a big shock when she meets someone, who claims to be her father. She doesn’t know that Sikandar is her father. She falls in the man’s words. Sikandar will soon know his connection with Kulfi after getting Nimrat’s diary. He will save Kulfi from the unknown person.

Krishna sheds tears after facing Shukla’s wrath. Shukla warns her not to do any mistake again else he will throw her out of the house. Another problem comes their way. Shukla gets fed up by Krishna’s mistakes. He rages and pours kerosene oil on her. He threatens to burn her alive if she doesn’t drop her education dreams. Krishna cries. She gets saved by Radhe. The entire family stays silent. They are scared of Shukla. Krishna packs her bags. Radhe tries to talk to her. Krishna tells Radhe that she will not stay back in the family now.

Simmi conspires to keep Adi’s child away from the house. Raman wants to make sure that Ishita doesn’t interrupt him in his plan. He takes help from his dad and tricks Roshni into coming to the hospital. Ishita realizes that she was fooled by Raman. She wonders why did Shweta call her at the bank, what’s Raman planning. She gets Simmi’s call. Simmi alerts her about Raman’s move to conducts Roshni’s DNA test. Ishita gets a big shock. She calls Roshni to inform her. Roshni doesn’t learn the matter. Ishita asks her to leave from there and avoid the trap. Roshni misses out the truth. Nurse takes Roshni to the ward. Ishita rushes to meet Roshni and stop the DNA test which could harm the baby as well. Roshni meets Raman and learns his plan.