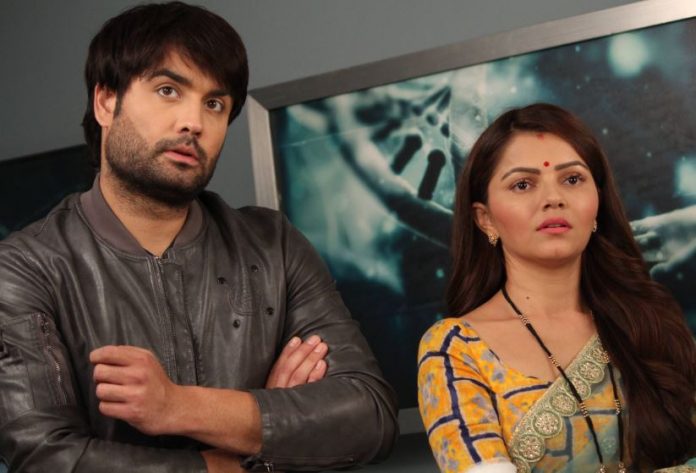 Harman throws a wrestling challenge for Harak. The reason for the challenge is really interesting. Harman wants his terms with his father to get fine. He reminds their old moments to Harak. Harman teases Harak and runs around in the living room. Harak throws things at him and runs after him. Harak asks Harman not to run and tire him. Harman calls him old. He says you just got sentimental by recollecting everything, you are angry again. Harak says I won’t cross the division line, if you come in my side again, I will not leave you. Harak throws a shoe at Harman. Harman runs to his side of the house and shows the line to Harak. Harak gets emotional and misses his son.

Harman gets Soumya and asks her to protect him. Harak asks Harman to return his shoe. Harman refuses to give the shoe. Harak asks Preeto to ask for his shoe.

Harman keeps a challenge and asks Harak to win the wrestling match if he wants his shoe back. Preeto says I won’t ask for the shoe, you both have a fight, you deal with it. Harak gets troubled. He refuses to accept the challenge. Harman asks Harak to cross the line and get his shoe back. Harak doesn’t want to go to Harman. Preeto provokes Harak. Harak then accepts the wrestling challenge. Harak says I m a wrestling champion, Harman can’t win. Soumya and Preeto smile seeing the father-son duo’s interesting bond.