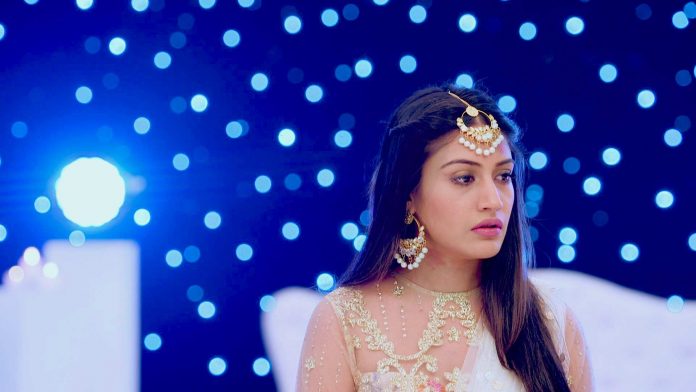 Anika wants Shivay to reach the place and know Daksh’s truth. She says Shivay will himself stop Priyanka’s truth when he finds Daksh’s evil intentions. She keeps an eye on Daksh. Daksh and Payal reach the resort. Anika and Shivay also get a room there and spy on Daksh. Anika tries to hear Daksh’s conversation with Payal. She wants Shivay to step ahead and catch Daksh red-handed. She waits for Shivay to come on time. She thinks how to contact Shivay, she doesn’t even have his number. She wonders why Shivay got late. Shivay and Anika knock the door and confront Daksh. They raid the room and ask Daksh what is he doing in Lonavla with Payal.

Daksh says Payal, we can’t hide this any more, everything got known to Shivay. He asks his friends to come out, they are caught, they have to share the truth now. He then reveals that he was planning a surprise for Priyanka with the help of his friends. Shivay asks what’s happening here.

Anika says you could have planned a surprise at home too. Daksh says we are really lucky, you can take this as coincidence too. Daksh tells Shivay that they were secretly planning, Payal called him since she won a two night stay at this resort in a contest, she invited all the friends here. Shivay asks why did you refuse to Priyanka when she planned something for you. Daksh says I had no such plans, I wanted to go on shopping with Priyanka. Shivay says so you lied to Priyanka, that’s not right. Daksh says Payal messaged me, and I had to lie about my friend’s accident, I didn’t wish Priyanka to know about this surprise. He gets lying and cooks up a story convincingly.

Anika knows Daksh’s truth. She understands he is lying. Daksh challenges Anika and asks her to do anything she can to expose his truth. He answers Shivay’s questions and turns the tables against Anika. He then reveals to Anika that he was informed about her and Shivay’s coming, so he called his friends before time to prove her a liar. Shivay apologizes to Daksh. He feels embarrassed because of Anika. Anika asks Shivay to give her another chance to prove Daksh’s truth. Will Shivay agree to Anika? Keep reading.