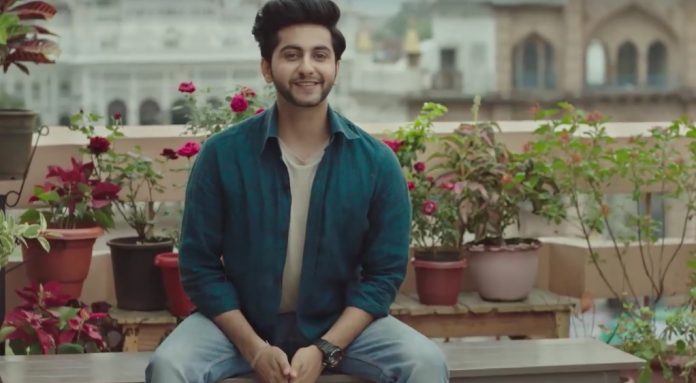 Krishna and Radhe win the couple competition. They don’t disclose this to the family, but Bela suspects them and tells the family about Krishna’s big cheat. Shukla gets raging when he learns about Radhe’s lie. He didn’t expect his son to lie to him. He thinks its Krishna’s bad effects that Radhe is going out of control. Shukla gets to see Radhe’s happiness for his new bike. She scolds Radhe for participating in the couple competition by lying to him. He calls Radhe a wife’s puppet. He gets enraged and pours kerosene on Radhe’s new bike and Krishna. He asks Radhe to take a call and decide whom does he want in his life, either the bike or his wife. Radhe gets compelled to burn his dreams, his bike to save Krishna.

Shukla asks Radhe to light up his bike if he wants. Radhe burns his bike. Krishna and Radhe cry. Krishna packs her bags. Radhe tries to stop her. She tells him that Shukla has crossed his limits now, he was about to burn me alive and this can never be tolerated. She wants Shukla to repent on his doings. She can’t stand such illiterate people and their undignified ways.

Radhe convinces her to stay back. Krishna’s birthday arrives. Krishna’s cousins meet her and get a cake for her to celebrate her birthday. The Shukla family isn’t happy for Krishna. Shuklas get happy that Gajanan has come back from jail. Krishna tells her cousins that she forgot about her birthday because of the family tensions. Krishna cuts the cake with Radhe.

Radhe wants to make Krishna’s birthday special. His mum taunts Krishna in anger. Shukla tells Radhe that he doesn’t want to be part of Krishna’s birthday. He asks his sons to get to work and leaves. Radhe asks his mum to attend their little celebrations. Bela and Radhe’s mum get away. Krishna gets upset that no one is happy for her. Radhe tells Krishna that he is very happy and they will celebrate her special birthday. He brings a smile on Krishna’s face. They feed the cake to each other. Radhe wants to be with Krishna always. Krishna knows Radhe is a bit upset with her, as she has sent his brother to jail. Radhe doesn’t want his family to hate Krishna. He wants everyone to live happy.