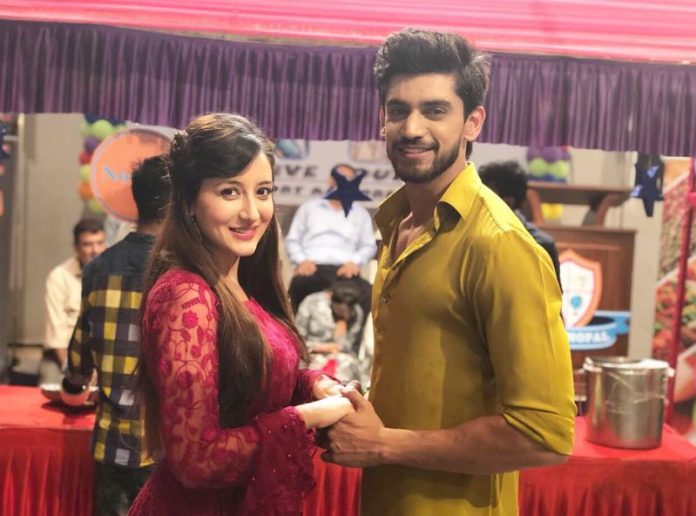 Mariam is excited for Mahira and Zain’s marriage. Khan and Ashraf families meet once again for the engagement ceremony of Mahira and Zain. Zain gets happy to see Mahira, who he dearly loves. Mahira wishes the engagement stops by some motive. Mahira unwilling exchanges the rings and gets engaged to Zain. Everyone gets happy, except Mahira. Meher forces Mahira and removes the ring gifted by Rihaan from Mahira’s finger. She stops Mahira from telling anyone about Rihaan. Meher covers up Mahira’s act. Mariam likes Aayat’s presence in the party. Aayat is Mariam’s mum, who wants to take her away to Lahore to save her son Jibraan, who needs to be operated to survive.

Aayat wants Mariam to donate bone marrow to her brother and save his life. Doctor informs Aayat that Jibraan’s condition is getting worse with time, and now they really need to haste in completing the surgery. He asks her to get Mariam and get the necessary tests done to check if Mariam is the right donor.

Later on, Aayat tries to talk to Aijaz and seek his apology. Aijaz asks her to stop her drama and tell the motive for her coming. Aayat tries to make him emotional. He knows her nature well and doesn’t listen to her. She asks him to just forgive her, she doesn’t need anything else. He says you can fool Majaaz with this drama, not me, I still remember your bad doings, you left your baby with us and left this house for your lover, we have raised Mariam and never disclosed the truth to her. He tells her that he loved her a lot before and now he hates her, as she has ruined his respect. Aayat angrily tries to hit Aijaz and attack him. Mariam comes there to meet them. Aayat stops herself. Aijaz asks Aayat to leave from the house. Mariam will be soon leaving the house. Aayat will be snatching Mariam from family for her personal greed. The family will face a big sorrow with Mariam’s leaving.