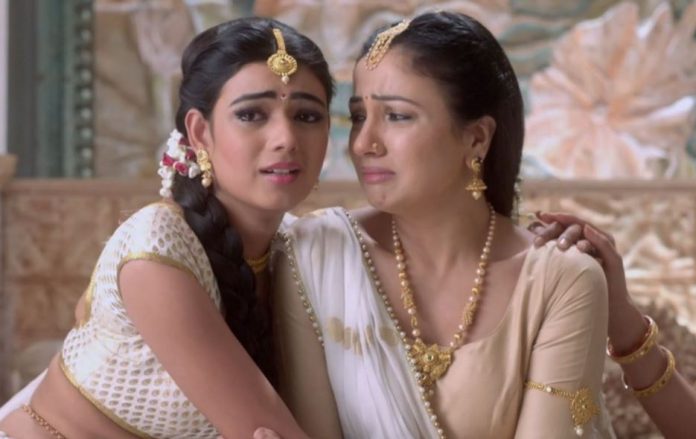 Angad pushes Pranali down the cliff and shocks her. He saves her life and shows off his demonic powers. He confronts her over her decision and asks her if she doesn’t want to become part of his world. He boasts of his powers. She opposes his powers, which aren’t right for anyone. Madhumali plays a trick with Haran and instigates him into wearing the magical gloves. Haran isn’t aware of Shil Aditya’s hand prints on the gloves. Madhumali asks him to play with gloves, while Shil Aditya gets controlled by Haran’s gestures. Shil Aditya starts strangling Eshwarya, which shocks everyone.

The family tries to save Eshwarya from Shil Aditya’s clutches. They feel bad that Shil Aditya is controlled by demons. Pranali returns to the palace and learns about the incident. She gets sad seeing her family in such a weak phase. She wants to punish Angad for this.

Pranali angrily captures Angad in a magical cage to limit his powers. She decides to cut off her own hands so that Angad can never control her to access Maling lake powers. Pranali goes on to hurt herself, but Shil Aditya stops her. He worries for Pranali’s future. Angad gets into an argument with Pranali. Their relation gets on turning bitter. Shil Aditya gets kidnapped. He disappears from the palace, leaving everyone shocked.