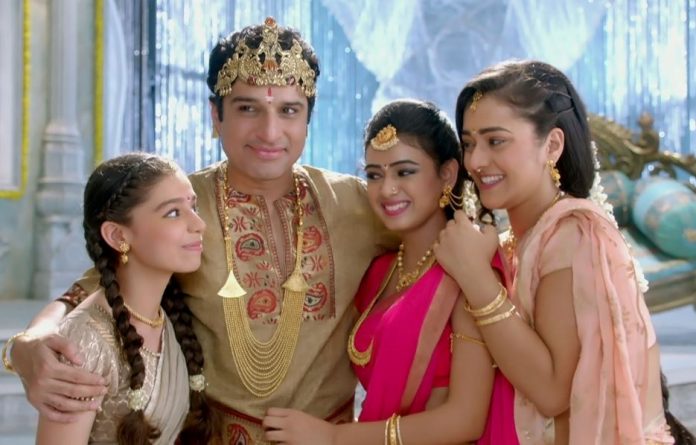 Shil Aditya and Madhumali reach Pranali in time and save her. They stop Pranali from cutting off her hands. Shil Aditya asks Pranali why is she sacrificing her hands. Pranali tells him that she had to do this to save her Maling. Angad scolds Madhumali for threatening Pranali and pushing her to this limit. Shil Aditya asks them not to trouble his daughter. Madhumali asks him did he do duties of a father. She taunts him for reminding her duties. Angad asks Madhumali to get lost. Madhumali enjoys troubling them. Angad gets relieved that Pranali is safe. Shil Aditya doesn’t leave Pranali alone and takes her to the palace. Pranali tells him that she wants to talk to Angad.

Angad and Pranali have an argument. Angad tells her that he is fighting a battle for his clan. She tells him that he won’t win the battle without her support. She asks him not to hurt her family. He strikes a deal and asks her to take him to the sacred lake. She reminds him their marriage vows, while he keeps his demands, asking her to make a compromise.