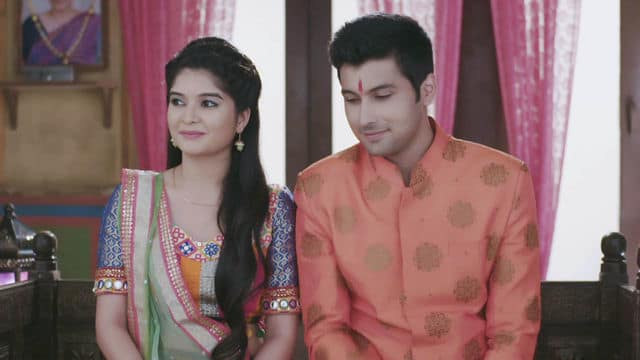 Falguni and Niyati suspect that Vidhaan is doing a drama, as he is behaving strange. They also doubt that Suyash is hiding something from them. Vidhaan gets doubtful on his past and tells Suyash that maybe the girl is his child, he will confirm it with his past girlfriends. Niyati asks Vidhaan what is he up to, why is he lying to them about his sickness. Vidhaan tells Niyati that he was really sick and now he is feeling well. He lies to them further, but to no use, since the girl comes out in front of the family. The family questions them about the girl. They read the letter and learn that the girl belongs to Rawat family. Uttara questions her sons about the girl.

Suyash and Vidhaan tell that this maybe someone’s prank. Vidhaan gives chocolates to the girl, who calls him Papa shockingly. Suyash tells them that its not known whose daughter is she. The girls calls Suyash as Papa too. Vidhaan tells them that they don’t know the truth, they are also worried since someone left the girl at their door with the letter.

The girl tells them that she has come to her dad’s house. Suyash asks the girl to leave. Falguni asks Suyash why was he hiding the girl if they aren’t at fault. Vidhaan tells them that they need to go to the airport. The trip gets cancelled. Falguni takes care of the girl. Suyash and Vidhaan try to find the girl’s mother. Vidhaan gets tensed thinking he has made a mistake in the past. He confirms about the girl with one of his ex. He goes to admit his mistake to Niyati, which leaves her shocked. Vidhaan accepts the possibility that Chiku is his daughter. He doesn’t want to turn away from his responsibility. Uttara slaps Vidhaan and scolds him for disrespecting relations. Vidhaan admits that he truly loves Niyati, he wasn’t serious in life before. Vidhaan and Niyati’s relation suffer. They shed tears thinking of their separation, that maybe caused by Chiku’s coming. Suyash and Falguni find Chiku in trouble, and rush to save her.