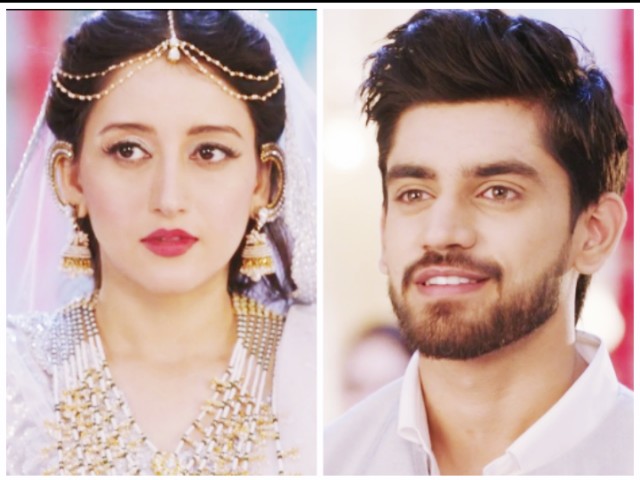 Mariam unknowingly helps Meher. Meher learns about Rihaan’s big trick to take Zain’s place for Nikaah. She doesn’t know that Rihaan truly loves Mahira. She has overheard his conversation with Sarfaraz, and suspects him to be a fraud, who wants to marry Mahira for revenge. She doesn’t want Mahira’s life to get ruined. She doesn’t trust Rihaan. Meher frees Zain from the terrace room and gets him back. She goes to Mahira and reveals that Rihaan has been ousted. Mahira gets a big shock on seeing Zain back. Meher explains Mahira that Zain is the right person for her, Rihaan is a fraud and will ditch her after marriage. She asks Mahira to marry Zain for the family’s sake. Mahira refuses to Meher. They have an argument.

Meher tries to convince Mahira that Rihaan has bad intentions. Mahira believes in Rihaan’s love. Meher tells Mahira that she has seen Rihaan’s picture as the groom and dragged him away, by threatening to expose him in front of the family. Mahira gets unwilling to marry on seeing Zain as her groom. She learns that Mariam handover over her phone to Meher, and Meher has read her messages sent to Rihaan. She feels bad that Mariam failed her marriage plans with Rihaan. She thinks why did her sisters become enemy of her love. Mahira gets compelled to marry Zain in the family’s presence.

Later, Mariam is happy to go with Aayat and Majaaz to Pakistan. She knows everyone will miss her. She gets gifts for everyone. She wants them to smile and miss her a bit, but not get sad. She tells everyone that she will also miss them, but she has to cure Aayat, its important for her to accompany Aayat. She has much attachment with Aayat. She gets prepared and packs her bags to leave with Aayat. Mariam’s thoughtful gifts bring a smile on everyone’s faces. Mariam’s innocence and mischief is the soul of the house. Mariam tells Majaaz that they will get Aayat recovered and come back home soon.

Everyone cries that Mariam will go away from home. Aayat tells them that Mariam will come back in a week time. She makes big false promises to them, so that they all stay convinced and fooled. Mariam feels like she is going on a vacation. Aayat creates troubles and gets Majaaz’s visa cancelled so that Majaaz doesn’t come along with them. She tells Majaaz that she will look after Mariam the best way possible and not give him any chance to complain. Everyone gets emotional with Aayat and Mariam’s leaving.