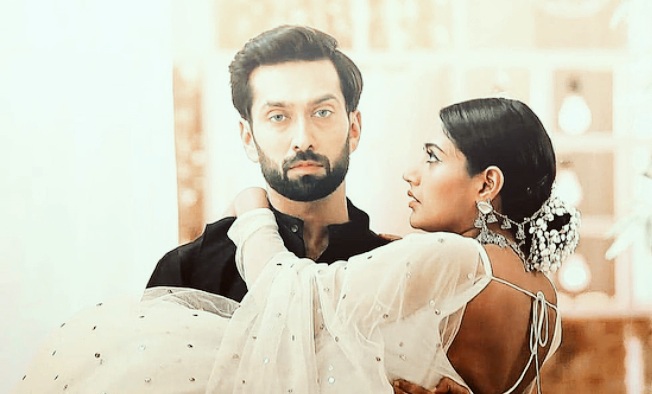 Shivay apologizes to Anika, after exposing Daksh. Reporters want to know about Shivay’s big mistake about which he is stating. Anika doesn’t want to tell anyone about their marriage. She keeps Shivay’s respect and doesn’t tell anything about his misdeeds. Daksh tries to run away, but Shivay makes sure that Daksh apologizes. He kicks out Daksh. Daksh gets revengeful and tells Shivay that he will give it back to him soon. Priyanka sheds tears for loving a wrong guy. The family supports Priyanka. She reveals to them that Shivay and Anika told her the truth and gave her courage to take a stand. Shivay and Priyanka praise Anika for helping them and exposing Daksh’s reality.

He tells Anika that he felt guilty to ask her everything again, so he started collecting evidence against Daksh. He gets the CCTV footage and finds Anika’s innocence. He tells his brothers that he was really hating Anika by believing fraud Daksh. He feels it got too late that he has realized his mistake. Shivay reveals that he was meeting with an accident, and then he realized that Anika wasn’t responsible for Priyanka’s accident. He feels bad that he wasn’t careful in choosing Daksh for Priyanka, it was his mistake to be negligent and ruin Priyanka’s happiness. He tells the family how he got the answers from Anika and took her help to open Priyanka’s eyes. He regrets for not believing Anika before. He wishes Anika to stay back with him.

The family feels proud of Priyanka who handled the matter with much maturity and strength. Priyanka tells them that she won’t shed tears for someone who is just after her money, for someone who is cheating them on the pretence of love. Priyanka and Shivay tell the family about Payal, who also got cheated by Daksh. Anika encourages Payal to end ties with Daksh and raise her child all alone, since Daksh doesn’t deserve such a pure relation of fatherhood. Shivay tells Dadi that it was all his plan to trap Daksh in to the property greed. He gets upset that Tia was also involved in this plan with Daksh.

He tells them that he got saved from Tia. Omkara tells him that the good thing is Shivika’s marriage. Shivay feels bad to torture Anika so much, when she wasn’t at fault. Dadi decides to accept Anika by heart. Omkara and Rudra don’t find Anika anywhere. Shivay realizes she has left the house. He gets her nuptial chain and realizes she has left from his life. He regrets that he got late in his self-realization of his feelings. He falls in his own eyes for ruining Anika’s life. Shivay and Anika’s love story will take off. Shivay will make up to Anika for all his mistakes and win her love.