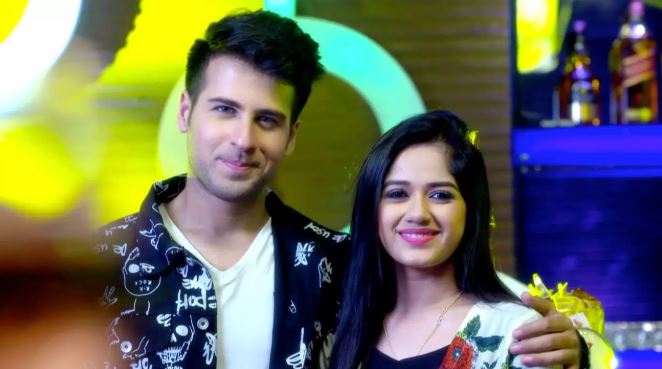 Rangoli manages to fool Ahaan again and take him along to Delhi for their new album launch. Rangoli makes sure that she presents a constant threat on herself so that Ahaan stays with her all the time in order to protect her. Rangoli’s aide sends the threatening letters and makes scary appearances in front of Ahaan. Rangoli convinces Ahaan to be with her. Ahaan and Rangoli enjoy at the album song launch event. Pankti suspects Rangoi’s foul play. She asks Uday to help her and directs him to Delhi to spy on Rangoli. Uday reaches the launch event venue and spies on Rangoli, who assumes him to be her aide.

She gets behaving strange and signs him to leave before Ahaan spots him. Uday doesn’t understand why is Rangoli waving to her stalker, if she is so troubled. He informs Pankti that Rangoli is faking the stalker incident deliberately. Pankti understands that Rangoli herself has plotted this entire story to win Ahaan’s sympathy and attention. Pankti and Uday decide to expose Rangoli in front of Ahaan.