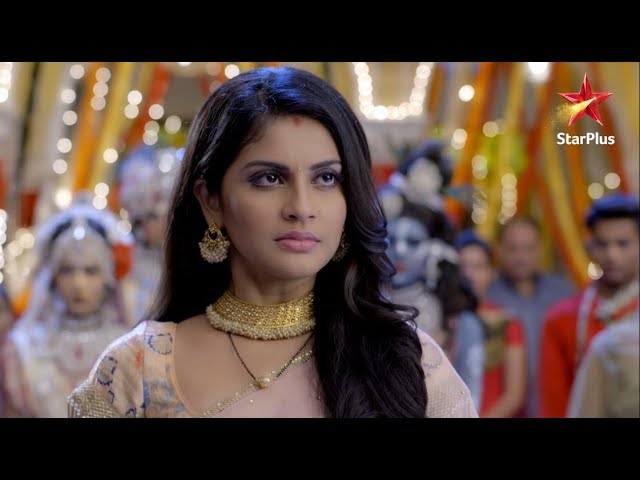 Shukla becomes a hero in Radhe’s eyes. He acts helpless and gains Radhe’s sympathy. Krishna tries to explain Radhe that she has done her duties well. Shukla wants to strike again. He asks Prashant to create a situation that Radhe loses his belief in Krishna. Krishna meets Prashant and confronts him for not sending the receipt. Prashant lies to him about the power failure. He tells her that he couldn’t the receipt because of a genuine reason. Krishna apologizes to Prashant. He plays evil and drops some chilli in her eyes. Krishna takes his help when Radhe enters his house and sees them together. He misunderstands Krishna. Krishna worries on seeing Radhe. She tries to explain him the situation.

Radhe tells her that he has seen everything himself. He doubts that she has framed Shukla and is celebrating the success with Prashant. He asks her if Prashant is her boyfriend even now. She gets angry on his blames, since this hurts her self respect. Radhe regrets to love her. He gets insulting her.

Prashant gets happy with their argument. Radhe tells her that he doesn’t want to become educated like her, since she is characterless to have an extra-marital affair. She refuses to explain him and prove her character. She leaves Radhe with his growing doubts. Prashant gets happy and informs Shukla about Radhe and Krishna’s road fight. Radhe throws Krishna bags out and does her Shraddh. He tells everyone that Krishna has broken his heart and now he ends their relation by his wish.

He reveals that he loved her a lot, but now he wants her to leave from his life. Shukla turns overjoyed with this sight. Radhe breaks the marriage. He doesn’t want anyone to interfere in his matter. Shukla adds more fuel in the fire. Radhe worries for Shukla’s ill health and commands Krishna to leave. Krishna turns heartbroken and makes an exit from Radhe’s house. She can’t tolerate the humiliation and blames from her husband. Krishna learns Shukla’s plan and gets alert. She understands how Shukla has cheated Radhe and her. She returns home to challenge Shukla and his evil planning. She doesn’t want to lose her relation to someone’s dirty plotting. Krishna returns to Shukla family during the Janmashtami celebrations. Shukla tells Krishna that he will get Radhe remarried. Krishna tells him that she will end his evil. They both have a big clash. 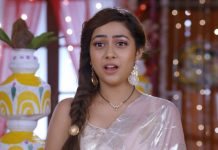