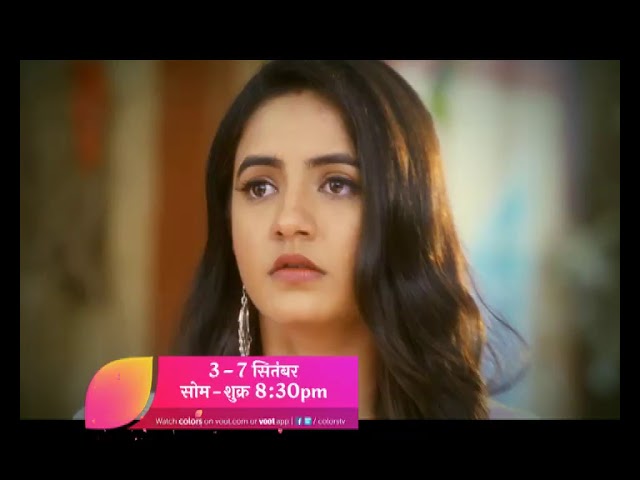 Udaan: Chakor to battle with Bandhuagiri again… Imli stays with Chakor and Kasturi for a while. She lets Anjor inside the house and asks her to steal the spy pen from Chakor. Anjor knows the spy pen has evidence against Gumaan. Anjor attempts to steal the pen, but gets caught by Chakor. Chakor finds her checking the cupboard secretly. Imli doesn’t let Anjor say anything when Chakor questions Anjor. Imli scolds Anjor for the theft. Anjor is unable to tell anything about Imli to Chakor. She doesn’t want to lie to Chakor and hurt her heart. She gets compelled by Imli and cooks up a story.

Bandhuagiri begins again in Aazaadgunj. Chakor gets disheartened seeing the Bandhuagiri stamp on Anjor’s wrist. She tells Kasturi that she will take a step against injustice and always protect children. She says those times are gone now, when little children were made bandhuas. She wants to erase the bandhua stamp from Anjor’s wrist too. She cries feeling Anjor’s pain.

She tells Kasturi that she recalls her troubling childhood by seeing Anjor. She says Gumaan is doing this, I have lost everything to fight against Bandhuagiri, but Gumaan has started this bad practice again, I have to stop him. She wants to end the Bandhuagiri from roots. She regrets that the fate of Aazaadgunj is still bad like before. She holds Gumaan responsible. She has no idea that Imli had made Anjor a bandhua, and that Anjor is Saanvi.

She tells Kasturi that she will fight with Gumaan and free the village from the curse of bonded labor. She wants the people to stay free, as their country has achieved freedom. She expresses her pain. Anjor gets happy when Chakor asks her to get educated. Chakor wants to save future of Aazaadgunj’s children. She decides to fight with Gumaan, as Aazaadgunj needs her. She tells Anjor that this time Anjor will take the new flight instead her. Chakor and Anjor will fight with Bandhuagiri.