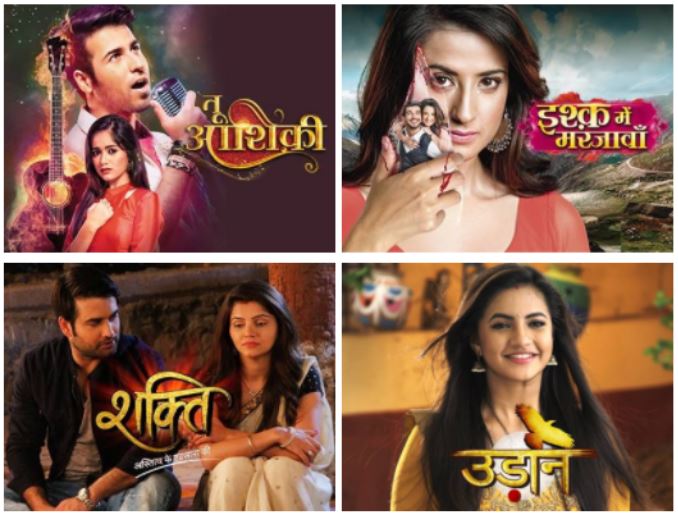 Tu Aashiqui:
Ahaan and Uday team up to keep a watch on Rangoli so that they can rescue Pankti in time. Rangoli gets overconfident and feels she will cheat Ahaan and get him arrested by police again. Ahaan realizes Rangoli is really a big fraud and has been trapping him for marriage. Ahaan makes Uday trick Rangoli and reaches Pankti. Ahaan succeeds to save Pankti’s life from Rangoli’s evil clutches. Rangoli fails to prove that Ahaan has broken the prison and is stalking her. Ahaan and Pankti live some moments of togetherness. Rangoli aims to destroy them.

Internet Wala Love:
Jai gets revengeful against Aadhya, since she has troubled him a lot. He starts having a score board with her. Jai tells Aadhya that he won’t be sparing her now, as the office belongs to him. He is sure that Aadhya will be fired by Mahira soon. He makes Aadhya commit mistakes in front of Mahira to anger the latter.

He plans to portray a virus attack on the systems, to put the blame on Aadhya. Mahira commands Aadhya to fix the problems and gives her an hour time. She tells Aadhya that the job depends on the task completion. Aadhya learns about the troubles at home. Roopa hates Shubhankar because of earlier meet. She wants to make sure that Shubhankar is thrown out of the rented home, which she owns now.

Udaan:
Imli asks Chakor to return to her place. Chakor suspects Imli and asks her if she is making her out of Gumaan’s way. Imli begins her emotional drama and sheds tears. She claims that she worries for Chakor’s sorrowful presence in Aazaadgunj. Chakor, Imli and Kasturi hug and cry. They have an emotional moment. Imli fools Chakor and convinces her to leave Aazaadgunj. Anjor tries to steal the spy pen. Chakor catches her and sees Bandhua stamp on her hand. She realizes that Gumaan is doing everything and is forcing Anjor for the theft. She gets angry on Gumaan for restoring Bhaiya ji’s old Bandhuagiri tradition, which is against humanity. She changes her decision of leaving Aazaadgunj. Chakor decides to stay back and free her Aazaadgunj once again.

Anand becomes Naintara’s target. He faces death when the spirit poisons him. Anand finds difficult to survive. Veer and Sanchi get possessed by Naintara, who has the capabilities to capture their minds and take their forms as well. Veer doesn’t help Anand since he slips in Naintara’s control. Sanchi finds Anand missing in the OT. She looks for him everywhere and wonders who has shifted him to the ward, when he is so critical. Gayatri asks Sanchi not to joke about Anand, as she has herself shifted Anand. Sanchi gets clueless about Anand. She denies to know about Anand’s whereabouts.

Silsila:
Kunal and Mauli celebrate Janmashtami festival with family. Nandini also attends the puja and becomes part of their happiness. She meets Kunal and asks how is she looking today. Kunal gets mesmerized seeing Nandini. He compliments her. Mauli and Nandini wear the similar saree and don same avatar, looking replicas. The neighbors like the preparations and compliment Mauli. Kunal and Mauli do the puja together. Kunal gives a rose to Nandini. Nandini realizes his love. Kunal’s family applauds Mauli for being a perfect bahu.