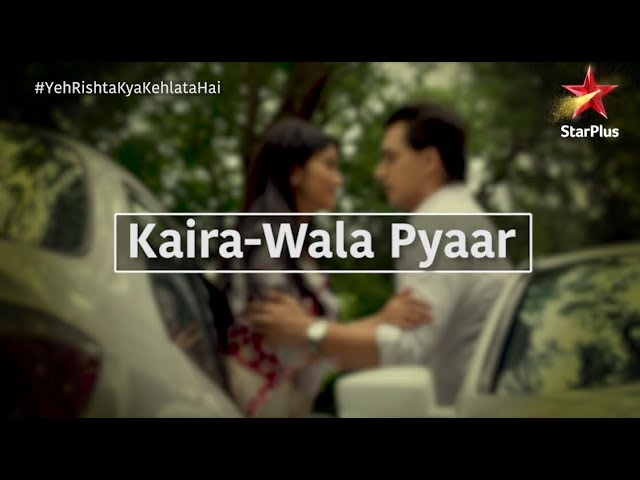 YRKKH: Suwarna’s unpredictable move – The end of KaiRa or a surprising new start …. After a hearty conversation with Suwarna, Kartik hands over his marriage invitation card to Naira. He asks Naira if she didn’t expect to receive this shock so soon. He tells her that he found a nice girl so soon, Ashi was always considered to become his life partner, and Ashi is the one who is the chosen girl. Naira and Singhanias are fighting with the new sorrow of Naira’s illness. Kartik tells Naira that he will give her the first card, instead keeping it for Lord. Singhanias and Goenkas keep their silence, watching Kartik and Naira’s tensions. Kartik thinks Naira will be worried, knowing about his marriage. Naira sheds tears, and then keeps the card in front of Lord to get blessings for Kartik. Her cold behavior angers Kartik. Suwarna wants to find happiness in Kartik’s happiness. She gets emotional seeing Kartik confronting Naira. She knows Naira is hiding a big truth from Kartik.

Kartik asks Naira to kindly grace the marriage and bless him and his bride with good wishes. He tells her that he would be waiting for her in the marriage, which is due the very next day. He talks sugary, and yet bitter to make Naira realize her mistake. Naira is battling with her illness. Suwarna wants Kartik and Naira to get married, and gives up all her hatred. Even then, she finds Naira’s decision justified. She gets blank thinking about the unimaginable things happening.

Kartik’s taunts hurt Naira and Singhanias. Naira gets Naitik and Naksh’s shoulder to cry. Naitik asks Naira to be sure of her decision. He realizes that Kartik can’t accept the cheat. He advises her to tell the truth to Kartik. Even Rajshri asks Naira to call Kartik and tell him the truth. Naira faces the emotional let down. She asks the family to be with her. She understands the family dilemma.

Kartik creates a drama at Singhania house. Naira gets a big shock when Kartik comes to her house with dhol, and dances with happiness. He forces her to dance along. He shows his engagement ring to Naira. He gets mad and hurts Naira. He asks Singhanias why didn’t they come in his engagement, but he has come home to share his happiness. He thanks Naira for the ring and tells her that Ashi liked the ring a lot. She asks him to stop his nonsense and leave, else she will call police. She wants to see Kartik happy. He doesn’t understand why is Naira doing this. She knows what can happen because of her illness. She wants to save him from problems. They both do what they find right. She wants Kartik to hate her. She hurts his heart purposely. She faces difficulties and breaks down. She doesn’t know why is this happening with Kartik and her. He asks everyone to congratulate him. He is much hurt in his heart and pretends happiness.

Rajshri also understands his heartbreak’s reaction. Rajshri cries for Kartik and Naira’s sorrow. Naira asks Kartik to just leave from her house. She gets more bitter towards him. She asks him to go and get married, so that he can get happiness in life. They get into a heated argument. Naira’s family supports her and make Kartik ousted. Naira wants to go for the surgery and take a chance to get a new life. She worries for the side effects of the surgery. Everyone wants Naira to get fine some how. Kartik cries on his fate, as Naira has finished their relationship from her side.

Naira prays that everything gets fine, and Kartik moves on in life with Ashi. She doesn’t want to attend Kartik’s marriage. She misses Kartik, and wants to have him in her memories. She cries thinking of her illness, where she will lose her good memories too. Suwarna feels Kartik will be facing injustice if he marries someone else. She decides to reveal the truth to Kartik. Suwarna will be telling Naira’s illness truth to Kartik, to not repeat Naira’s mistake.

Suwarna will also be giving a test of love and commitment, just like Naira, for Kartik’s sake. Suwarna will make a big revelation to Kartik and make him plot the marriage. Suwarna will make Kartik stand by Naira in her illness phase. Suwarna wants Kartik to marry only Naira, so that they stay happy for less time they get together. Kartik will be seen helping Naira overcome her sorrow.