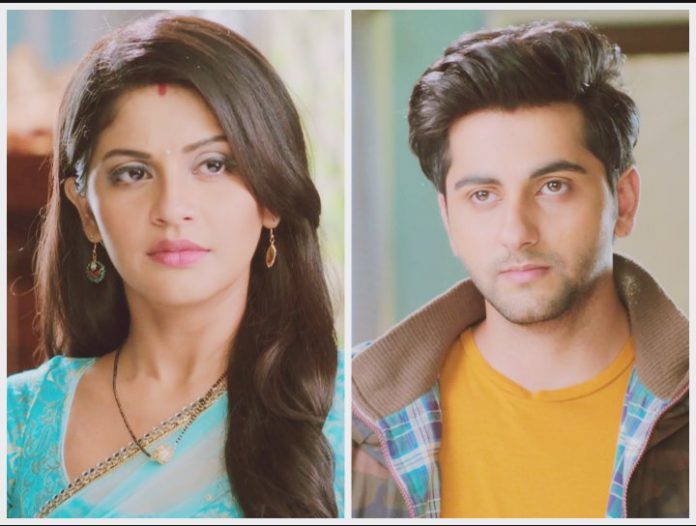 Krishna Chali London: Huge twists with a big revelation… Shukla advises Radhe to apologize to Prashant so that Prashant takes the case back. Radhe doesn’t agree. He tells her that he can’t let Prashant take away Krishna. He threatens of committing suicide. He gets mad for Krishna. Shukla gets angry on him for his madness. Dubey comes to meet him and asks about Krishna. He doesn’t know that Krishna is at the police station. Krishna tells Bua that Radhe didn’t hurt her, Prashant is making stories to trouble them. Prashant asks her to see the truth. Krishna asks him to take the case back. She finds Saajan in lockup. Saajan admits his mistake. She tells him that she knows very well that Prashant has trapped them. She gets Saajan bailed out. She shows her belief in Radhe. She tells Prashant that Radhe has got shot for her in Mumbai, he has risked his life to save her. She praises Radhe and tells them that she loves Radhe.

Prashant tells her that Radhe has crushed her dreams and cheated her. She doesn’t believe him. He asks her to check her result once. She doesn’t listen to him. She feels he is a liar. Dubey shakes the Shukla house by blaming them in anger. He asks them where did Krishna go. Shukla tells them that Krishna has gone by her own wish. Dubey gets angry on Shukla like never before, and shocks the family by his courage. He threatens Shukla. Their terms get worse. Dubey terms them as criminals. He gets insulting them. Lali tries to clear Dubey’s misunderstanding. Dubey tells them that Krishna had passed the medical entrance, she could have become a doctor, but Radhe cheated her and made her believe that she failed so that she leaves her dreams. He threatens to ruin them.

Dubey gets informed about Krishna’s move to defend Radhe. Prashant tells Dubey that he is following Krishna to catch Radhe. Prashant hurts himself as per his plan to get Radhe trapped. He wants Dubey on his side so that Krishna listens to him. Krishna goes to the godown. Dubey informs Krishna that her life is in danger. Prashant plays evil by burning the godown and putting Krishna in danger so that he can blame Radhe for this. Krishna gets trapped inside the fire. Prashant acts heroic and saves Krishna so that she believes him. Dubey feels indebted to Prashant for saving his daughter.

Prashant tells Dubey that Shukla and his family is doing this. Krishna doesn’t lose faith in Radhe. She blames Prashant for burning the godown to frame Radhe. Dubey tells her that Prashant isn’t wrong. Krishna tells him that she will never trust anyone else than Radhe. Dubey asks her to hear the truth about Radhe. He reveals the truth to her that she has passed in the entrance exam, Radhe has lied to her about the result to ruin her dreams. He tells her that she has passed, but Radhe didn’t want her to go to London and become a doctor. Krishna gets a huge shock knowing her result. She breaks down. Prashant tells her that she is wrong to believe Radhe. He asks her to confront Radhe for this lie. Prashant tells Krishna that Radhe and Saajan kidnapped him and stopped him from telling her the truth. Krishna learns Radhe’s big deceive. She can’t believe that Radhe has cheated her love. Krishna confronts Radhe for his lie. Will she forgive Radhe? Keep reading. 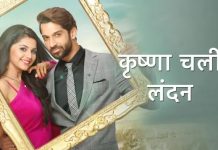 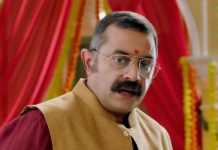