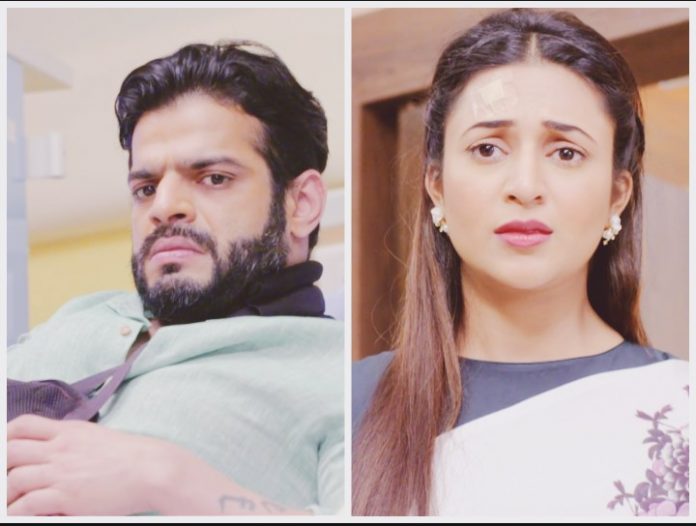 Yeh Hai Mohabbatein: More agony for Raman and Ishita…Ishita learns about Raman applying for loan to buy a car. She gets a shock with this. She asks Raman if they are buying a car. Raman doesn’t answer her, as she also keeps things hidden. Raman tells Ishita that he has ordered a high end car for Rohan and Aaliya. Ishita stops him from spending much. He tells her that he can afford a lavish wedding for Aaliya. He goes downstairs and finds the car delivered. Sudha meets them and tells them that Raman’s loan didn’t get approved, and she has helped him in getting the loan. She gifts him the car and asks him to keep her donation. She informs that Ishita has sold her jewelry for managing the company loss. She does charity and angers Raman. Raman turns raging and scolds Ishita for insulting him by not telling him the truth. Ishita asks him not to fall in Sudha’s words. He burns the car in a fit of rage.

Yeh Hai Mohabbatein Ishita stops him from his madness. Romi witnesses Raman’s angry move. Sudha pities Ishita that Raman doesn’t respect her at all. She gets hurting Raman and Ishita further by laughing on their strong love. She feels they have no trust between them. Ishita asks her to get lost. Sudha asks them to get habitual to such insults now. Sudha asks Kaushalya to see Raman’s madness and break the alliance. Ishita gets threatening Sudha. She gets mad in anger because of Sudha’s conspiracy. Sudha turns happy that her motive got fulfilled. Ishita tells the family about Raman’s move, which happened because of Sudha. Bhallas fear that Sudha is ruining their happiness.

Ishita clarifies to Raman that she has hidden the matters for his own welfare, since he is already troubled. She didn’t wish him to get any other problem. He tells her that he wanted to have a grand wedding for Aaliya and he will still do the same. He reprimands her for lying to her. He takes class of Ishita and Romi. Ishita sheds tears when Raman misunderstands her. She asks Romi to go office and control Raman. Romi asks Raman not to make any wrong move. Raman tells him that he has faced such humiliation because of Ishita and him. Sudha gets satisfied that she is exacting revenge on Raman and Ishita. She wants their strong bond to break, so that Bhallas get ruined easily. Keep reading for more on Yeh Hai Mohabbatein.