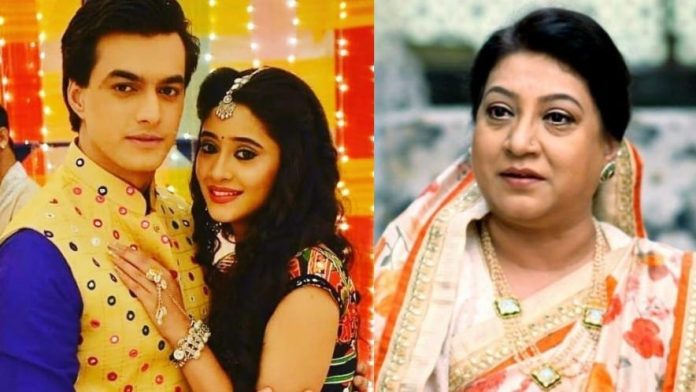 Yeh Rishta: Dadi to slip into past guilt zone.. Karwachauth celebrations will be seen. Naira hides from Kartik to keep the fast. She secretly keeps the fast. Kartik doesn’t realize this secret. Kartik feels she is stressed about Akhilesh. Kartik doesn’t think that she can hide from him and keep the fast. Naira tells Kartik that they should focus on Samarth. They get busy in spying on Samarth. Naira is sure that Samarth will make some mistake if he is living in their family. She tells Kartik that they have to take advantage of Samarth’s presence and find out what he really wants. They learn a big thing that Samarth is too rich to run after money now.

They feel Samarth isn’t wanting Goenkas money. They wonder what does Samarth want. Kartik tells Naira that there is a big chapter of the past hidden from them. Kartik doesn’t get any answer from Dadi on his constant questioning. Naira wants to spy on Samarth and expose his truth. On the other hand, Dadi falls in guilt. She recollects the past and holds herself responsible for doing the big injustice with Samarth.

Yeh Rishta: Dadi to slip into past guilt zone

Dadi can’t get free of the past which still echoes in her ears. Dadi feels that maybe she has done wrong with Samarth, since she loved him equally like her son. She recalls how she complaint against Samarth and got him out of the house by announcing his big mistake, while he was just a child. Dadi feels that she could have forgiven Samarth and not ousted from the family. Samarth holds a big sorrowful pain in his heart. He wants to claim his rights, since he has lost everything because of Dadi’s old big blame.

Samarth takes revenge on Dadi for ousting him from the family, when he needed their love the most. Samarth makes several attempts to make Dadi realize the past mistakes. He wants to drive Dadi to the extent that she herself accepts her mistakes committed many years back. Samarth wants Dadi to accept the truth in front of the Goenka family. Dadi gets more depression realizing her fault.

Mariam spies on Fawad. She follows Fawad to the minister’s room. Fawad strikes a deal in exchange of the information, which he hasn’t get till now. Fawad wants to minister to handle everything. He refuses to take any more help from him. He just wants to find more about Majaaz. He tags Majaaz as a terrorist. This infuriates Mariam.

She makes an angry gesture, which alerts Fawad. He doesn’t know that she is hiding inside the food trolley. He misses to catch Mariam. Mariam wants to get all possible information about Majaaz. She aims to unite her family. On the other hand, Fawad’s mother Rifat worries knowing Mariam is alive. She doesn’t want Mariam to come back home and claim entire property. Rifat fears of losing everything to the rightful owner Mariam Khan.