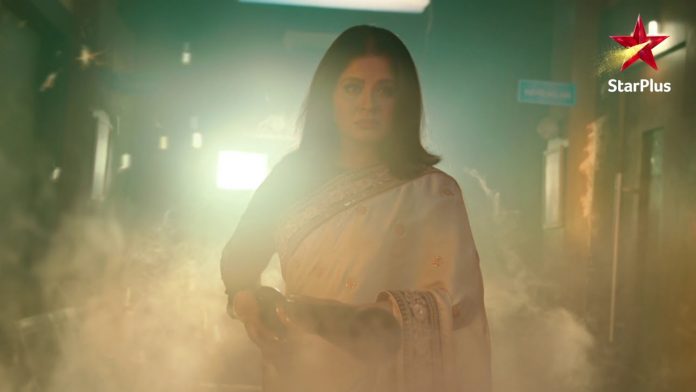 Yeh Hai Mohabbatein: Sudha takes a big move in frustration… Raman tells Ishita that he is going to pick Aaliya and Ruhi for Pagphere ritual. Raman gets the urgent call from office. He gets upset knowing about Sudha creating a havoc in the office. He tells everyone that Sudha has called the shareholders meeting. Simmi and Ishita want to support Raman, since they also hold some shares of the company. Sudha gets insulting Raman at the office. She wants Raman’s junk to be thrown out of her cabin. Ishita teaches a lesson to Sudha and makes her realize that Raman still holds a big amount of shares. She tells Sudha that Raman has made the entire company on his own. Sudha tells Ishita that she can even throw out Raman from the company.

Raman asks Simmi and Ishita to stay cool. He is sure that Sudha can’t earn the respect equal to him. Sudha asks him to get lost with his stuff and respect. Sudha wants Raman to get ruined. Aaliya and Ruhi wake up late and worry for Kaushalya’s reaction. Rohan tells Aaliya that his mom is really cool and won’t scold her.

Ruhi also thinks Kaushalya will understand them. Kaushalya acts to trick them. They get a surprise when Kaushalya shows that she is coolest mother-in-law. Kaushalya wants them to just feel like home.

Aaliya and Ruhi get happy to have Kaushalya with them. The shareholders and staff want Raman to lead them. They oppose Sudha. Sudha gets frustrated when the staff doesn’t listen to her orders. Sudha threatens of replacing the staff. Sudha treats Raman badly. Kaushalya tells her sons that Aaliya and Ruhi are going home for Pagphere. Rohan and Karan don’t want them to go so soon. Aaliya and Ruhi want to prepare a sweet dish as part of the rituals. Kaushalya gets pleased with them.

Meanwhile, Sudha tries to influence the shareholders. They just want to support Raman and appreciate his work. They don’t agree with Sudha. Ishita and Raman get glad that their good work is paying off. The shareholders ask Sudha not to oust Raman. They trust Raman a lot. Ishita tells Sudha that its very tough to take care of the snatched thing. She asks Sudha not to mess up with Raman. Raman thanks everyone for their support. Ishita learns about Sudha’s son. The shareholder asks them to convince Sudha’s son to support them, so that they get the majority of shares.

Raman and Ishita meet Kaushalya and pick their daughters. They find Aaliya and Ruhi very happy. They get glad seeing their smiling faces. Raman falls into a new trouble. He can’t believe the mishap. He learns about Rohan and Karan’s kidnapping.