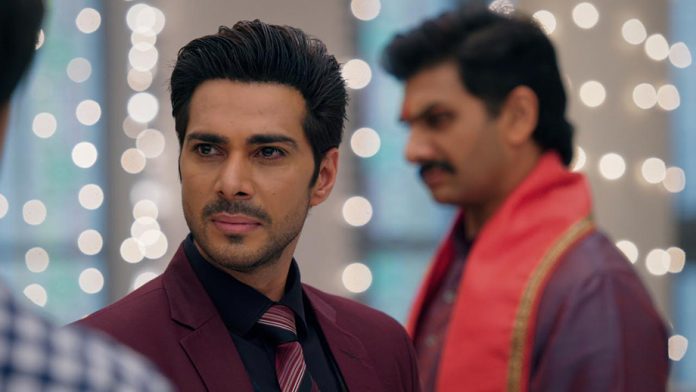 YRKKH: Samarth loses out to united Goenkas… Naira tells Goenkas that she has to unite the brothers. Kartik assures Dadi that he will bring Samarth back in the family. Kartik and Naira promise to celebrate Diwali together. He doesn’t want Samarth to turn Diwali into a dark one for them. Naira hides her house tensions from Singhanias. Bhabhimaa instils courage in Naira so that she can fight with evil and save her family. Naira gets guidance from her. She devises a plan to fail Samarth’s evil plans and reform him into a true Goenka. She knows that the game is not of power, hatred and revenge now. She wants to win Samarth’s anger by warmth and affection. Kartik and Naira get together and initiate their plan to unite the Goenka brothers.

They get Akhilesh and Samarth in the family aarti. Samarth doesn’t listen to them. He doesn’t want the family to pity him. He feels Goenkas are cheating him with love. Kartik and Naira try to explain him the real truth behind his dad’s death. They reveal the past truth to Samarth, but he doesn’t believe them. He tells them that he will not come in their words, since he isn’t such a big fool. He wants to break Goenka family forever. Akhilesh asks Manish not to interfere in his life again. He gets enough of the drama. Kartik tells Manish that they have come up with an idea to change Samarth’s thinking.

Dadi wants to get punished by Samarth, so that her family stays safe. She worries for Naira’s health. She asks Naira not to take such stress. Suwarna supports Kartik and Naira. Samarth finds a way to sell the ancestral haveli. Kartik and Naira realize what he is upto. They come up with a brilliant idea. They want to end Samarth’s evil and make him a good human. Samarth feels his plan will work and this time Akhilesh will really leave from the house. Samarth and Akhilesh reach the pub to meet the client. He fools Akhilesh.

He isn’t aware that he has fallen in Kartik’s plans. Kartik and Naira pose as the clients. They meet Samarth to bring out his plans in front of Akhilesh. Naira tells Akhilesh that Manish isn’t a nice person. Akhilesh learns that Manish declined to the ancestral property deal before. Samarth agrees to sell the haveli. Naira fails his plans and teaches him a lesson. Samarth faces united Goenkas once again.