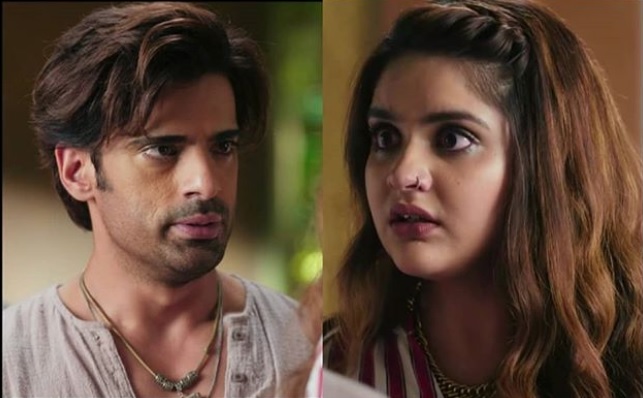 Kulfi Kumar Bajewala: Sikandar learns the shocking truth that Lovely is the person who has killed Nimrat and snatched all all the happiness from his life. He can’t believe that he has married such an evil lady. He just wants to get justice for Nimrat. He tells Lovely that its impossible for him to live with her further. He clears out that he will not stay with her under one roof. He is happy that Lovely has herself moved out of his house. He doesn’t want her back. He tells Lovely that he will get her punished for Nimrat’s murder, since she has broken a family by snatching the support.

Sikandar wants to make sure that Lovely pays for her crimes. Lovely gets compelled by Sikandar’s anger and asks him to better divorce her if he can’t stand her. She justifies that she has been mean and cruel to secure her family. She gets falling more in Sikandar’s sight. He can’t believe that Lovely wants to break the relation. He didn’t wish Amyra to face her parents’ separation. Sikandar is put into a fix once again. Kulfi becomes his support in this tough time. She doesn’t know if she should reveal their blood ties truth to him in such a sorrowful situation.

Prerna will be soon learning Navin’s truth that he is a big fraud and wanted to sell her off after marriage. Prerna gets believing Anurag more and more, after he meets with a fatal accident just to save her future. She feels indebted to Anurag who nearly reaches death in order to collect evidence against Navin. Anurag’s efforts get realized by Prerna, when she finds the evidence with him. Anurag and Prerna will be joining hands against Navin, and give him a big bolt in the marriage mandap. Navin will be fooled that he has got married to Prerna, while the truth remains something else.