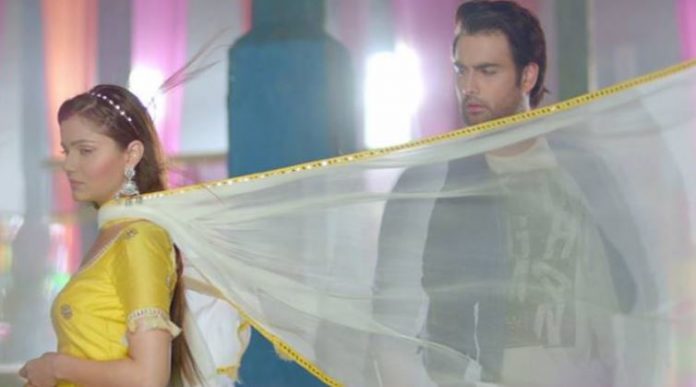 Shakti: Mohini returns in Harman and Soumya’s life. Mohini traps Harman in her plans, knowing he needs her help in order to get Soumya’s memory regained. He requests her to help him in his motives. She gets a good chance to dominate him. She gets him on control. She asks him to help her comb her hair and get the makeup done. Harman gets helpless. He becomes her hairdress, just to take her help. He is failing in getting Soumya’s memory back. He begs Mohini to help him win his Gulabo’s move. He asks her to meet Soumya and help her recollect the past. He says maybe Soumya gets her memory back after meeting him.

Mohini wants to really help Harak. She learns that Veeran has snatched Harak’s property. He tries to woo Veeran and get him tricked into signing the property papers. She wants Harak to get back all his property. Mohini will be positive this time.

Harman lifts Soumya and takes her from Sameer’s house. He makes her wake up and gets out of the medicine effect. Soumya wakes up and sees their pictures hanged around them. She tells him that the pictures might be right, but the girl in the picture is not her.

She says neither this sindoor nor this mangalsutra is mine. She says you won’t be successful even if he makes a thousand attempts and asks him not to leave trying. She asks him not to waste her time and his time too. She tells him that she will show what to do with those picture. Harman is shocked, and helpless.

Harman tells Soumya that he will make her regain her memory. Soumya tells him that she doesn’t know him and they have no relation. She ousts him by burning all the pictures. Soumya gets flashes of her past finally and recalls her love with Harman. She gets amidst the fire and shouts to Harman for help. Harman reaches his ladylove for saving her life. He gets glad that Soumya remembers him. Soumya faints down. Will she pick her memory? Keep reading.