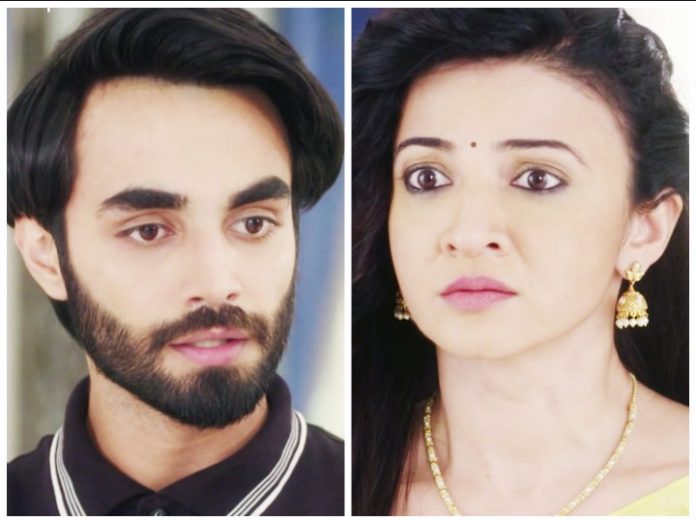 Aapke Aa Jane Se: Sahil and Vedika get separated once again. Usha tells Vedika that Sahil isn’t with them, he is Jacky. Manjula tells Usha that Vedika can never identify Sahil wrong. She scolds Usha for hurting Vedika. Bhoomi gets interfering and goes to slap Vedika. Sahil stops Bhoomi. Bhoomi calls the NGO women and gets Vedika humiliated. The women want to blacken Vedika’s face and drag her on roads to alert the society about her. Vedika asks the women to stay away. She says you always come to stain a woman’s character without knowing the truth. She answers the women. Sahil comes to rescue Vedika from NGO women.

Usha tells Vedika that she doesn’t deserve to become a mother, since she is snatching her son. Vedika asks her to limit her tongue. Usha controls Sahil by brainwashing her. Sahil has lost his memory, but still feels for Vedika. Usha and Bhoomi challenge Vedika to prove Sahil’s identity. Vedika can see Sahil’s love in his eyes. Sahil protects Vedika’s esteem. His support makes Vedika glad. Vedika challenges Usha that she will bring Sahil’s truth out. Bhoomi tries to convince Sahil by her lies. He doesn’t get affected by Bhoomi. She tries hard to win Sahil’s love.

Sahil gets stressed when Bhoomi makes fake stories of their past. She wants to oust Vedika from the house. Sahil doesn’t let Bhoomi win in her evil plans. He has been by Vedika’s side once again. Bhoomi can’t tolerate this. Usha plans to get Bhoomi and Sahil’s engagement. Vedika sings a song for Sahil to remind him about their past, which wasn’t so wonderful. She cries and tries to revive his suppressed memories. Sahil gets memory flashes. He gets restless and makes Vedika wear the engagement ring. Bhoomi snatches the ring from Vedika’s hand and wears it. Vedika is sure that her true love will win. Usha and Bhoomi make Vedika away from Sahil.