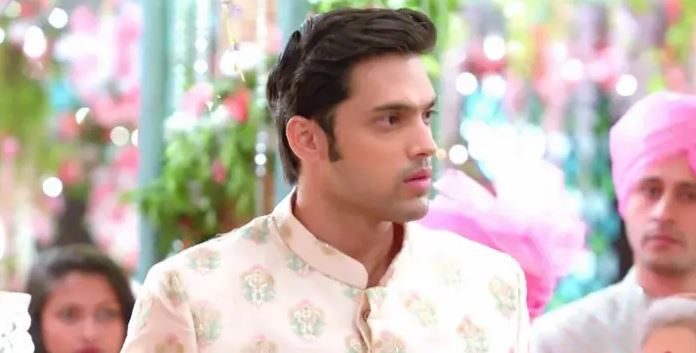 Kasautii Zindagii Kay: Prerna’s family wants to know the reason for her willingness to marry Navin. Anurag tells them that he makes few friends, but keeps true friendship. He tells them that he has learnt Navin’s past and his evil intentions, he had to save Prerna some how. He tells them that Prerna was sacrificing just for the sake of her family, but she didn’t tell him anything, he has found the truth himself. He praises Prerna for her selflessness and tells her parents how Prerna has put herself in danger for them. He reveals the house eviction truth and also questions Mohini about it. He believes Mohini. He tells them that Mohini is innocent and came in Navin’s words. He doesn’t think Mohini would ruin Prerna’s life knowing Navin’s cheap intentions.

Anurag supports Prerna and unites her with the family. Her parents regret to misunderstand her and express wrath before. They apologize to Prerna. Rajesh promises her that he won’t spare Navin. He asks Anurag to call the police and hand over the evidences to get Navin punished. Navin shocks everyone by getting Anurag captive and threatening to kill him. Navin scolds Madhuri for exposing him and failing his plans.

Navin tells Mohini that he will kill Anurag, he wants Prerna, since he is mad for her. He accepts his crimes in front of them. Navin tells Mohini that he was behind Anurag’s big accident. This infuriates Mohini. Navin tells them that he will not spare Anurag. Prerna takes a step to protect Anurag. She slaps Navin and teaches him a lesson. She hates herself for believing him. Mohini slaps Navin for daring to harm Anurag. She can’t believe that Navin tried to kill Anurag.

She calls the police to get Navin punished, but Madhuri comes to Navin’s rescue. Madhuri feels Navin still loves him. Madhuri helps Navin flee. Anurag wants to find Navin. Veena and Mohini get into a heated argument, and try to show how they failed as mothers. Prerna defends her mother. She doesn’t let Mohini insult Veena. She blames Mohini for the mishaps.