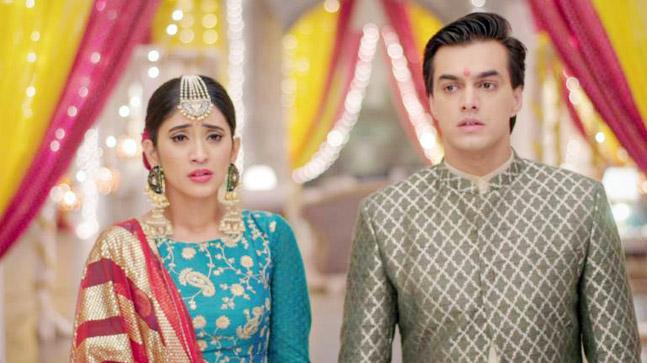 Yeh Rishta Unexpected situations hits Naksh-Kirti and Kartik-Naira. Naira tries to call up Kartik and know his decision again. She wants to confirm before taking the big step. She gets dejected when she isn’t able to reach him. She tells the doctor that she is ready for the abortion. Kartik learns about her decision after reading the message. He realizes that she has seen the signed form of the abortion procedure. He rushes to the hospital to know about Naira. He wants to stop her from undergoing the abortion so that they can happily welcome the baby in the world. Aditya tries to contact Kirti after hiring her for the online designer store. Kirti gets grateful that she has got the big opportunity. She has no idea that Aditya is the owner of the company.

Kartik meets the doctor and asks if the abortion is done. Doctor scolds him for sending Naira alone for the abortion, and not supporting her during this process. He tells Kartik that it was his duty to prepare Naira mentally and be on her side. He asks Kartik to meet Naira and support her during this tough phase. Kartik didn’t expect Naira to take this step without informing him. He doesn’t know why Naira has undergone the procedure this way. He regrets for not telling his decision to her before.

He thinks she has aborted the child and is in pain now. He goes to meet Naira and pacify her for the huge loss of their child. He happens to see Naira leaving from the hospital. He shouts out to her and misses to meet her. He cries for the baby’s loss. Kirti and Naksh meet the company owner. They get a huge shock when they meet Aditya, Kirti’s ex-husband. Kirti feels traumatic recalling the tortures made by Aditya. Kirti faces the unexpected situation, but thankfully she has Naksh on her side. Naksh pacifies Kirti and wants to know what are Aditya’s intentions this time. Meanwhile, Kartik returns home to meet Naira and ask her about the sudden abortion. Naira packs her bags.

Kartik doesn’t want her to go away from him. He demands her to talk to him. Naira doesn’t want to talk to him after all the bad happenings of the day. She tells him that she will not stay with him, since he isn’t sorry for anything. Naira tells Kartik that she hasn’t aborted the child, she has decided to raise the child alone, she will end ties with him, but she won’t harm her baby.

He asks her to think what would she decide being in his place. He tells her that he had changed his mind before and wanted to surprise her. He tells that he is ready to fight with destiny for the sake of her and baby. He tells her how he was waiting for her at the cafe. He shares how afraid he got with the thought of her abortion. He wishes that everything gets sorted in their lives. Naira forgives him after knowing how much he wanted to have the baby.