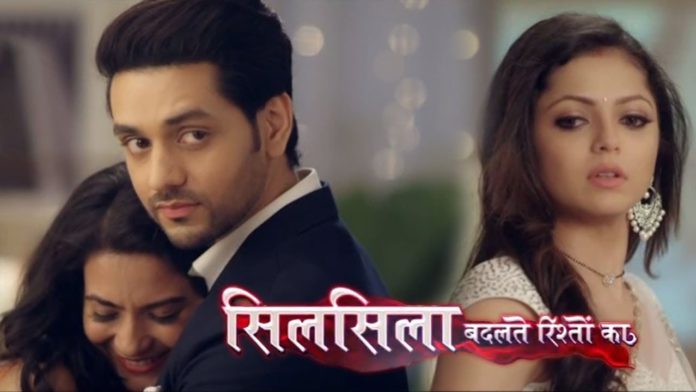 Silsila Voot Mahek gets a shocker on seeing the police home. Kunal gets in trouble when Mauli tries to get him arrested for abusing Mahek. Mauli asks Mahek to tell the police about Kunal’s abusive behavior. Kunal defends himself and calls it a lie. Mauli demands Mahek to tell the truth. Mahek doesn’t want Kunal to fall in any mess. She calls it a misunderstanding. She tells Mauli that Kunal didn’t abuse her. Kunal calls it Mauli’s defamation plan. He tells inspector that Mauli is taking revenge on him. Inspector asks Mauli if Kunal is her ex-husband. He doesn’t believe the accusation and leaves Kunal. Mauli rushes home and informs the family about Kunal’s ill behavior towards Mahek. Dida doesn’t think Kunal was such.

Mauli feels she didn’t identify Kunal well, its her mistake to love him. Kunal is happy that his plan worked. He later informs Mahek about his dad’s death anniversary puja kept at the temple. He wants to attend the puja. Mahek doesn’t think Radhika will allow him. Kunal joins the family for puja, but Radhika asks him to stop.

Kunal wants to do his duty and perform the puja. Radhika snatches the son’s rights from him and ends ties with him. She demands him to leave. She tells Kunal that Mauli will perform the puja. She punishes Kunal and distances him from the family. Dida gets upset seeing their arguments.

Kunal requests Radhika to allow him to perform the puja. Mauli feels guilty for Kunal. Pari gets bullied at school. Pari scares the boys and protects Mishti as well. Mishti thanks her and becomes her friend again. Meanwhile, Kunal is deeply hurt that his family is hating him so much. He wishes that he could explain that he is doing this for Mauli. Mahek tells him that he has initiated this blockage in the family by his own wish. Mahek tries to cheer him up. She asks him to stay determined in his plan to unite Mauli and Ishaan. Moreover, Mauli learns about Pari helping Mishti in the school and protecting her from getting bullied. Mishti tells Mauli that Pari has cleverly managed the matter and protected her like an elder sister. Mauli is happy seeing Mishti befriending Pari again.

Mishti misses Ishaan. Radhika wants to make Mauli away so that Mauli gets married to Ishaan. Kunal and Mahek meet Ishaan and share a fun time. Ishaan asks Mahek to join his restaurant as the chief chef. Kunal asks Mahek to sign up for this opportunity. Mahek thanks Ishaan. Radhika gets spying on Kunal to know the truth. She finds Mahek with Ishaan and gets angry on her. She asks Mahek to get out of Mauli and Ishaan’s lives. She doesn’t want Mahek to support Kunal against Mauli.

She feels ashamed that Kunal is her son. Mahek can’t hear more against Kunal and reveals Kunal’s good intentions to Radhika. Radhika gets moved knowing Kunal’s secret planning to instil hatred in Mauli’s heart. Mahek tells her that Kunal regrets to cheat Mauli in the past and now he is still coming in between her happiness with Ishaan. She tells how Kunal is trying to help Ishaan in winning Mauli’s heart again. Mahek supports Kunal in his attempt to make Mauli’s future bright. Radhika joins Kunal and Mahek’s team to unite Mauli and Ishaan. Kunal wants Mauli and Ishaan to get married.