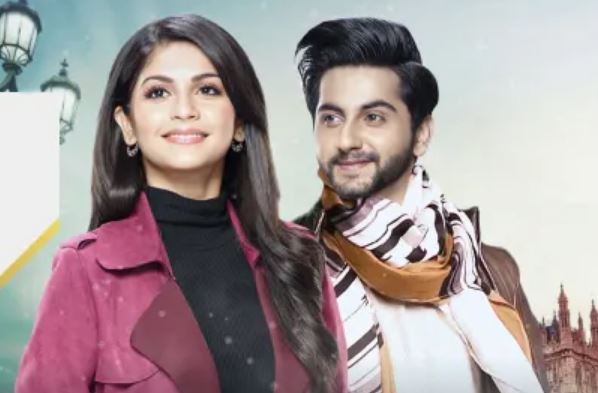 Krishna Chali London Rude shock for Krishna. Shuklain gets stressed about Radhe and wants him home soon. She imagines him and wonders how did he come back so soon. When Radhe disappears, her heart gets restless. She wants to know if Radhe is fine. She tells Shukla that she is feeling like something has happened to Radhe. Krishna confesses love to Radhe. He gets knocked down by Veer’s car, while Krishna is awaiting for him for their white wedding. Veer can’t believe that he has rammed the car into Radhe. Shuklain feels panicking when her son gets hurt in London. She runs out of the house to see Radhe. Shukla asks her to stop. Sunaina gets selfish and stops Veer from helping Radhe. Shuklain gets praying for Radhe. Shukla asks her why is she behaving like this, Radhe will be fine. He asks his other sons to call up Radhe and talk to him.

Veer wants to help Radhe and save his life. Sunaina tells him that he will be caught by police. Krishna informs the family that Radhe is fine, she has just spoken to him. The family says stressed. Sunaina asks Veer to drive off before anyone sees him. Veer flees from the accident spot. Krishna learns the shocking news of Radhe’s accident.

She gets shattered and runs to see Radhe. She asks Radhe to wake up and talk to her. She takes Radhe to the hospital to save him. Radhe sees Krishna for the final time. Radhe gets treated in the hospital. Krishna sheds tears for him. She gets Radhe’s love letter and feels terrible for his state. Krishna wants Radhe to come back to him. Doctors try to save Radhe. Radhe makes vows to Krishna and mentions all his beautiful plans in his letter. Krishna gets a bigger shock when the doctor apologizes and declares Radhe dead. Shuklain senses that Radhe has left her when the diya gets blown off. She gets too worried and doesn’t want her prayers to go unfulfilled. Krishna can’t believe the rude shock. Krishna meets Radhe for the final time and tries to revive him. She wants to seek Veer’s help and awaits for a miracle.