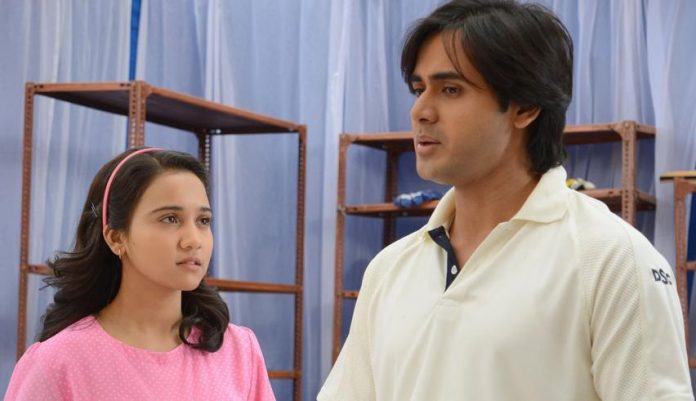 Yeh Un Dinon Sameer finds his family very troubling and decides to leave the house after marriage. He declares to his family that he will be shifting to his new house with Naina once they get married. Sameer gets worried when he finds that his bank account doesn’t have much funds. He has to manage marriage expenses and also buy a house. Sameer doesn’t want Naina to know his financial problems. He talks to her friends Munna and Pandit and shares his problems. He gets angry and tears the cheque which he got to deposit and withdraw money. His worries get increasing. His friends tell him that there will be much expenditure. Sameer tells them that he will go to his Mama to take help, he is sure that Nana ji has left some money on his name.

His friends ask him did he lose his mind to go to Mama who has scolded him so much. Sameer tells them that Nana ji would definitely secure his future and he has to ask Mama about it. He leaves from the bank, just when Naina arrives there with Anand. Naina and Anand get the torn cheque and check it. They learn about Sameer’s problems. Anand decides to help Sameer in his tough times, knowing Sameer and Naina are one entity now.

Mami doesn’t want Sameer to come back. She asks Mama why did he make Vishaka call Sameer and ask Sameer to come back. She asks what if Sameer really comes back. Mama tells her that Sameer will never come, he is very passionate about his love, he will not listen to his mum. Sameer comes to meet them for asking money. Sameer meets his Mama and asks him for money. He wants to get the money which Nana ji left on his name. Mama refuses to give him any money. Sameer says I m asking for my money, not yours. Mami gets glad seeing Sameer back and says I was praying for your return, my prayers got answered.

Sameer feels Mama can’t understand Naina and his love. He gets arguing with Mama. Naina and Anand come there and get to know Sameer’s problem. Naina asks Sameer is he leaving his family. Mami tells her that he has already left the house because of her. She scolds Naina. Sameer tries to make Mama and Mami jealous and tells Naina that he will take her for shopping. He tells Mama that Nana ji has definitely left a treasure for him and he will make a new house for Naina, so that Naina keeps her first step in her new house.

He invites Mama and Mami to his new house in advance, being confident. Mama blames Naina for all this. Sameer tells Mama that Nana ji has left this big house for him, how can this be possible that he left nothing for his dear grandchild. Mama asks Naina to think well, there is still time, does she want to marry a bankrupt guy.

Naina tells them that she has full faith in Sameer. Sameer feels bad and tells them that he will earn his living on his own, he doesn’t need anyone. Naina tells him that she will support him in all times. Anand gets happy for Naina and Sameer’s strong love. Mama tells Sameer that its not so easy to earn a good living and he will know this soon. Sameer isn’t understanding the situation, but just struggling to make a new life. He wasn’t habituated to live alone without any support until now. He has to become bold to face new hurdles in his life. He goes to seek help from his friends.