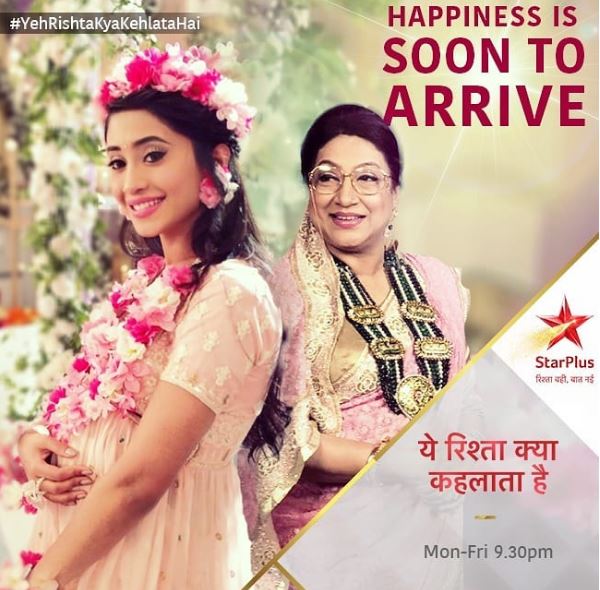 Yeh Rishta Miscarriage Twist: Kartik plans a babymoon so that Naira gets a change. He wants to get rid from her fears and worries. He knows she is getting the same nightmare of someone’s death. He doesn’t want the anxiety to harm Naira and their baby in this beautiful phase of pregnancy. He proves his love to her again and again. Kartik is happy to be with her. He tells the family that he has consulted the doctor and wants to take Naira out on a short trip so that her focus gets distracted. Dadi worries that Naira is travelling in her seventh month. Kartik assures Dadi that he will take care of Naira and Kirti as well. Kartik and Naira enjoy their trip.

Kartik makes special arrangements at the dhaba and turns into a chef just for her. He doesn’t want Naira and baby to be hungry. She tells him that they can go to any other place and have food. Kartik makes her sit for a while, until he makes the food ready. He serves the food with love to Naira. He feeds her the food by his hands.

People at the Dhaba praise Kartik for being a perfect husband. Naira applauds Kartik for his efforts and loves the food. After spending fun moments at the dhaba, they make a start for the resort, knowing Naksh and Kirti are waiting for them. Naira unknowingly drops the dagger and faces the threat on her life. Naksh-Kirti, Kartik-Naira and Aditya and his girlfriend travel to the same resort at the same time. Kartik and Naira spot Aditya and follow him, to keep him away from Kirti. A truck moves in high speed in their direction. It has to be seen which car out of the three gets hit by the truck. A miscarriage of either Naira or Kirti will be next big twist in the show. Kartik and Naira will be meeting with an accident, just like Naksh and Kirti. Who will be dying in the accident? Keep reading.

Krishna can’t believe when the doctor declares Radhe dead. Krishna tells the doctor that she is also a medical student and can help Radhe. She takes charge to revive Radhe. She fails to revive him and begs them to call Dr. Veer, who is like Lord for such patients. She tells them that Dr. Veer can save anyone’s life. She asks them to inform Dr. Veer about Radhe’s accident. Krishna loses her senses when doctors stop her from operating on a dead body. She tells Radhe that he isn’t dead and she will save him.

Anurag and Prerna get caught up in the riots. Komolika is also around since she is attending the rally. She has executed the evil plan of creating riots to make her dad win in the elections. Anurag isn’t aware of her evil. Komolika comes across Anurag, who thinks she is also a victim. He takes an effort in saving her. He tells her that she needs to just run with him. He protects her from the evil party men. She enjoys his attention and falls for him. She then learns that Anurag is Prerna’s love. She gets determined to snatch Prerna’s love. She tells Prerna that Anurag is not someone to belong to Prerna. She wants to achieve a place in Anurag’s life.