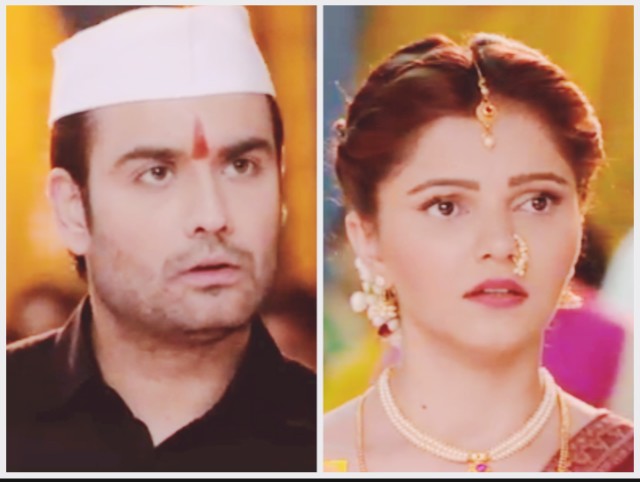 Shakti Twist: Maninder and Bebe leave after Soumya threatens to do something which they have never expected her to do, for the baby. Later, the baby is crying and not sleeping. Soumya sings a lullaby and makes baby sleep. Harman comes there and tells her that Surbhi left her memory with us while going, and reminds his words that her family is with her. He consoles her and says from now he will be her Surbhi and asks her to call him Choti. Soumya gets emotional. Varun decides to get the baby somehow and take revenge on entire Harak Singh’s family and Soumya.

Soumya and Harman celebrate the Lohri with their child. They also name the child in the function. Soumya and Raavi dance happily, while Harman and Preeto cheer for them. Varun comes there to spoil the happiness. He demands them to give the child. Soumya tells Varun that its her child and she won’t give him to anyone.

Varun tells her that its Surbhi and his child, and she can’t snatch the child. Varun gets his supporters to get the baby. The people tell Harman that its not easy to raise someone’s child, when he gets his own child, he will know the difference. Harman tells them that he doesn’t care for anything, its their child. Soumya calls the police and tells them that Varun has killed Surbhi. Varun calls it a big lie and asks her to present the proof. Soumya says Varun has killed my sister, what if he is proved a murderer, will you all want the baby to be with a murderer. She turns Varun helpless and makes him out. Varun threatens Soumya and Harman that he won’t leave them and would get their child back. Soumya knows Varun has no attachment with the child and just intends to trouble them.