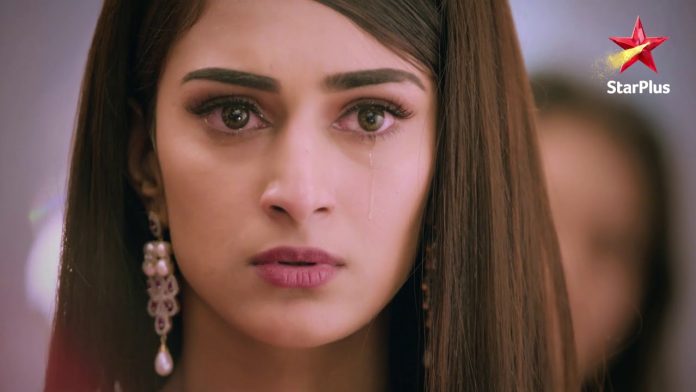 Kasautii Zindagii Kay Engagement twist. Anurag is going to get engaged to Mishka. He fails to tell anything to Mohini. He realizes his feelings for Prerna. Anupam helps Anurag realize his love for Prerna and asks him to take a stand. Anurag gets troubled with the thought that Prerna is going away from him. Prerna gets the news of Anurag and Mishka’s engagement. She shatters with the bad news. She was feeling Anurag around and rejoicing her love. This news make her slip in shock. Prerna wants to go away from Anurag’s life. She decides to break friendship with him, so that he moves on with Mishka. Komolika is happy that Mishka is getting engaged to Anurag.

Anurag struggles with his growing feelings for Prerna. He doesn’t want Prerna to leave from his life. Prerna gets the task of managing Anurag’s grand engagement. Komolika hands over the engagement ring to her and shows her where she stands. She tells Prerna that Anurag isn’t in his fate. Prerna gets sad to witness Anurag’s engagement with Mishka. When she passes the ring to Anurag, he holds her hand for the engagement, which shocks Mishka, Komolika and Basu family. Will Anurag get engaged to Prerna and profess his love? Keep reading.

Also Read, Tujhse Hai Raabta: Anupriya gains consciousness and takes Kalyani’s name. Pallavi thinks if she tells about their truth to Kalyani then. Malhar asks Anupriya why did she go to Mumbai yesterday and reminds her that she had called Kalyani to inform her that Sampada is in Mumbai. Anupriya tells that she didn’t talk to Atharv and Sampada. Malhar asks her to think and says I know other ways to bring out the truth. Anupriya sticks to her words and tells Kalyani about hearing Sampada’s call. Kalyani tells Anupriya that she feels that she shall tell this thing to Malhar now itself.