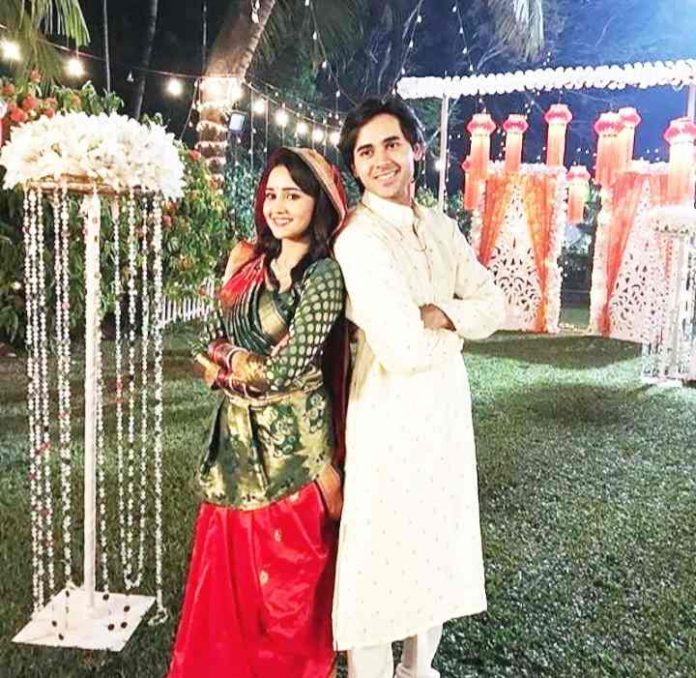 Yeh Un Dinon Big twist. Bela keeps a condition in Sameer and Naina’s marriage. Sameer gets helpless since he can’t refuse to Bela. Bela has always supported Naina and his love story. Sameer meets Bela and pays her respect. He wants to know the issues troubling Bela. Bela tells Sameer and Naina that the society women are taunting her about fixing their inter caste marriage. She tells them how their marriage has become the talk of the town. She is worried for Preeti’s marriage. She tells Sameer that she wants Preeti’s marriage to happen with ease, she doesn’t want any problems for Preeti.

Naina breaks down knowing the taunts Bela has faced. She cries and apologizes to Bela. She feels guilty to have a love marriage. Bela hugs her and asks her not to cry. She asks Naina to preserve some tears to shed on her Bidaai. She keeps the condition to Sameer and tenses him for a while. She tells him that he has to promise that he will find a guy like him for Preeti, and take all the marriage responsibility.

Sameer and Naina get a big relief hearing her. They find Bela having much faith in them. Sameer promises to take responsibility of Preeti’s marriage. Sameer tells her that he will try his best to find a nice guy for Preeti. He tells her that he will get Preeti married before Naina and his marriage. Anand tells Sameer that it will take time for Preeti to get a good alliance, he doesn’t need to decide such a thing.

Sameer thanks Anand and Bela for loving Naina more than Preeti. He is happy to get their blessings. He tells them that the bond of marriage doesn’t matter, as the bond of love connects hearts. He decides to marry Naina, once Preeti gets married in a good family. He tells them that even Naina has decided the same, they can wait for their union. Bela feels sorry and apologizes to the for turning selfish. She tells Naina that she will not come in between their happiness. Naina asks Bela not to feel sad. Bela wants Sameer and Naina’s marriage to happen first.