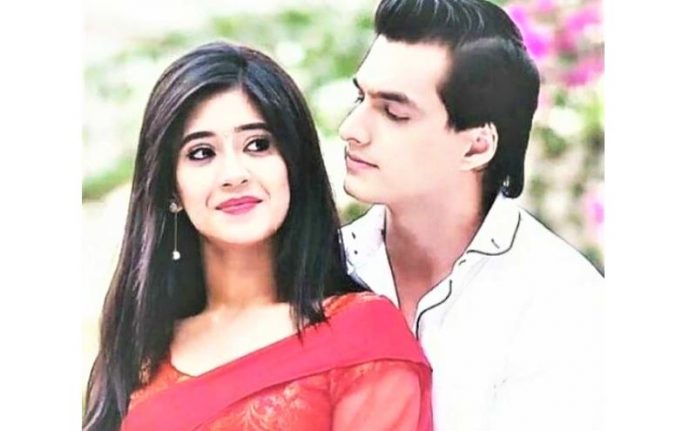 Yeh Rishta Major twists ahead. Kartik gets worried to answer Naira. Naira goes for a premature delivery. She gives up to the situation. Kartik asks Naira to stay strong. Kirti is taken for her delivery, while she is in a state of coma. Naira is rushed for the delivery at the same time. Naira and Kirti are taken to the theatre. Naira writhes in pain. Naira prays that Kirti stays fine and gives birth to a healthy baby. She feels miserable and guilty that she has taken Kirti on the babymoon trip. Naira is in stress. She asks doctors why did they rush her to the theatre. Kartik meets Naira in the OT and tells her that their baby is also coming soon, she has to be strong and deliver the baby.

She asks him what’s happening around, nobody is disclosing her anything about Kirti. He asks her not to worry for Kirti and focus on herself. He asks her to hold her courage for the sake of their baby. He tells her that he can’t see her hurt. She refuses to get the operation done. He tells her that baby would be talking to them and willing to come into the world, they have to be bold and welcome their child. He asks her to prove to the baby that she is a tigress. She agrees for the operation. She tells Kartik that she will pray for Kirti.

She has a belief that Kartik will set everything fine. Kartik asks her to keep her beliefs and takes a leave from her. Kartik gets a call from the doctor, who asks her to come fast for the emergency. Kartik tells Naira that he has to rush to Kirti, who needs him too. Naira will unfortunately lose her baby, and get Kirti’s baby in her arms. Kartik and Naira will be taking the responsibility of Kirti’s child and raise the child until Kirti recovers. Kartik and Naira achieve parenthood through Kirti’s child.

Anurag goes for his engagement with Mishka. He rushes to help Prerna, leaving behind Mishka and the ring. Mohini calls Anurag back and breaks the moment with Prerna. Anurag gets helpless and goes ahead with the ring exchange ceremony. Prerna shatters seeing his engagement. She cries her heart out. Anurag isn’t happy with the engagement. He is still denying his feelings for Prerna. He thinks its destiny that he has to marry Mishka.

Mohini and Nivedita want to make sure that Anurag doesn’t think of Prerna ever again. Komolika is happy that Anurag and Prerna’s love story didn’t develop further. Anupam and Moloy want Anurag to realize his love for Prerna soon.

Jija Ji Chath Par Hai: Murari meets with an accident. Pancham donates blood to him. Pancham gets some injection as per medical rules for blood donation. He manages to help Murari. Pancham gets worried seeing the strange things happening with him. He shares his problem with Pintu. He tells Pintu that he is feeling like a girl. Pintu doesn’t take his tensions seriously. He takes bangles from Pintu and wears it. Pintu tells them that its normal if he wears feminine things. Pancham tells Pintu that even is voice is turning feminine. Ilaychi gets worried seeing the changes in Pancham. She tells him that its happening since he has taken the wrong injection. He asks Ilaychi to save him. Ilaychi rushes Pancham to the hospital.